More than 30,000 Muslims from around the world have gathered in the Hampshire countryside for the annual Jalsa Salana convention.

The convention sees a huge group of Ahmadi Muslims congregate in order to challenge ‘misinterpretations of Islam’ and denounce extremism and terrorism.

Some 38,000 Ahmadi Muslims from around 100 countries arrived at the site near East Worldham to hear Hazrat Mirza Masroor Ahmad, the fifth caliph and worldwide head of the Ahmadiyya Muslim Community, deliver five speeches.

The Ahmadiyya Muslim Community was established in 1889 in India and is estimated to number between 10 and 20 million worldwide. 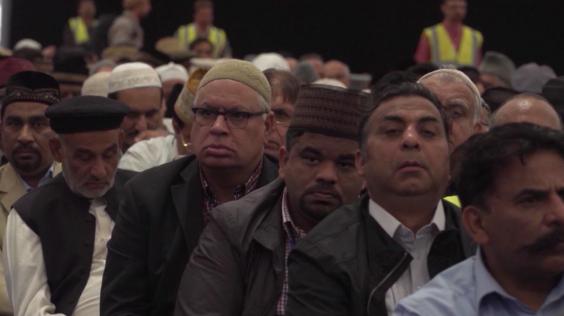 The Ahmadiyya Muslim Community is estimated to number between 10 and 20 million worldwide​.

The Caliph regularly comments on world affairs and offers solutions for today’s problems in light of Islam’s teachings. He has called for mosques to be open, transparent and has called on authorities to increase their monitoring.

He has also spoken of the threat of terrorists entering Europe under the guise of refugees. 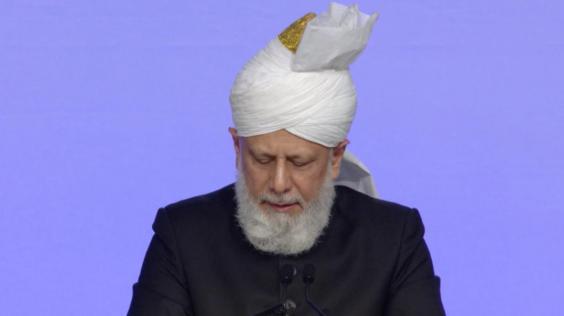 Caliph Mirza Masroor Ahmad is the spiritual leader of the Ahmadiyya Muslim Community.

In one speech, the Caliph condemned all forms of extremism and terrorism: “Recently, terrorist organisations have started to regularly commit the most barbaric atrocities in Western countries by taking the lives of innocent people.

“The terrorists have no knowledge of Islam because otherwise, they would realise that the Holy Prophet of Islam forbade the murder of innocent people under any circumstances and even during a state of war.”