A small coffin covered in pink roses travelled through Manchester in front of hundreds of mourners for the funeral of Saffie-Rose Roussos, the youngest victim of the terror attack which struck the city.

The eight-year-old girl was killed when a suicide bomber detonated explosives during an Ariana Grande concert in May.

Mourners gathered at Manchester Cathedral where the little girl’s funeral took place – many carrying pink roses and dressed in pink outfits in honour of “beautiful” Saffie-Rose.

Her tearful family followed her wicker casket to the cathedral from Wythenshawe Hospital where Saffie-Rose’s mother, who was also injured in the attack, has been receiveing treatment. 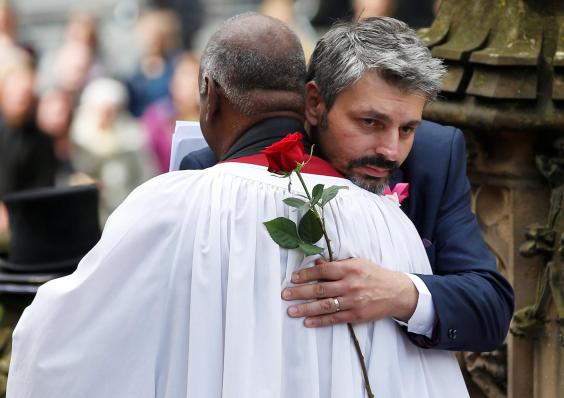 Funeral: Andrew Roussos embraces a member of the clergy as he arrives for the funeral of his daughter Saffie Rose  (Reuters)

To mark the sad occasion, lampposts and trees in the village of Tarleton – where Saffie-Rose went to school – were decorated with pink ribbons.

Saffie-Rose was the youngest person to be killed when Salman Albedi blew himself up as pop fans left Manchester Arena on May 22.

The youngster was a huge fan of the US singer and had got tickets for the show as a Christmas present from her parents.

She was leaving, “happy and elated”, after the show with her sister and mother when Abedi detonated his home-made bomb packed with nuts. 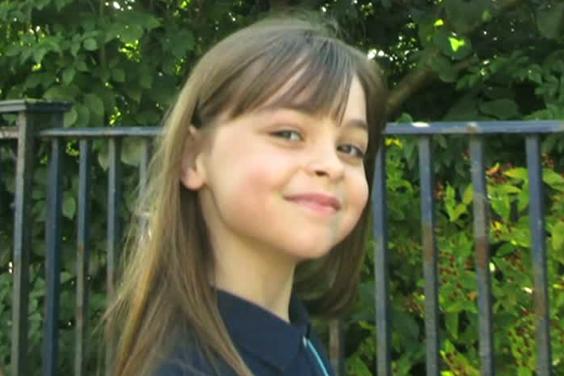 Saffie-Rose – one of 22 people killed – died of multiple injuries.

Her older sister Ashlee Bromwich, 26, and her mother, Lisa Roussos, 48, were both with her at the concert. Mrs Roussos was gravely injured and was only discharged from hospital in order to attend the service on Wednesday.

She emerged from the lead car, refusing the offer of a wheelchair, instead pausing, limping, but determined to walk into the cathedral for her daughter’s service, watched by dozens of well-wishers standing outside. 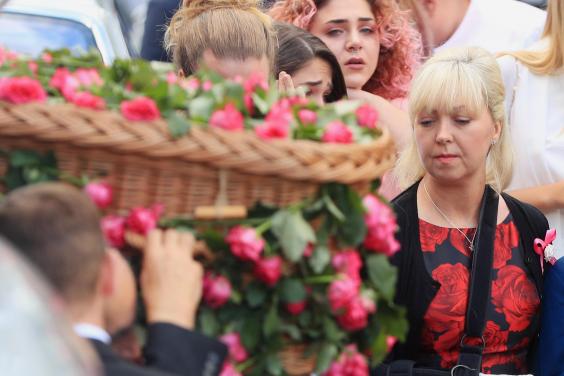 Her right arm in a sling and hand bandaged up, she carried a red rose in her other hand.

Saffie’s father, Andrew, 43, was a pall bearer for his daughter as her coffin was carried inside for the start of the service, just a few hundred yards from the scene of her death. 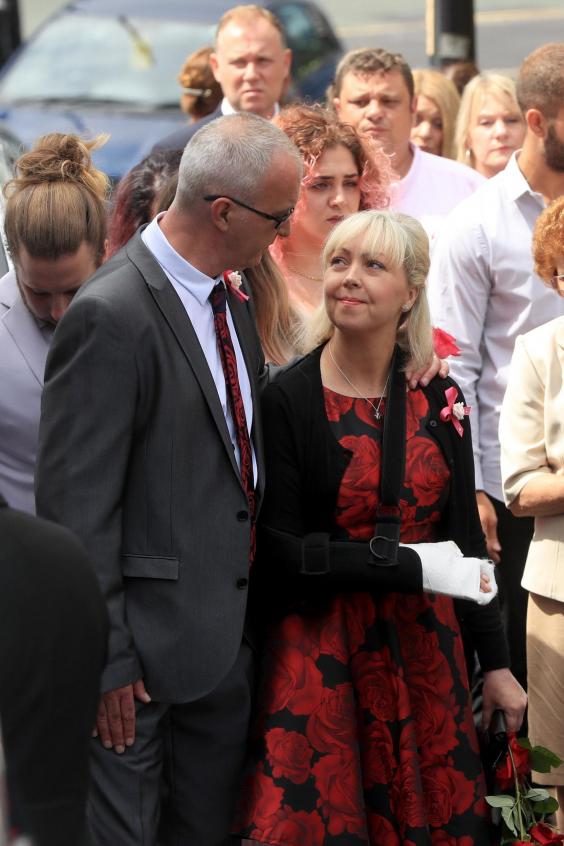 During the service, a montage of photos of the little girl was played to Grande’s hit One Last Time.

The video clip shows a series of family snaps, Saffie happily playing with her brother Xander, smiling alongside her parents on family holidays, wearing make-up and dressing up. 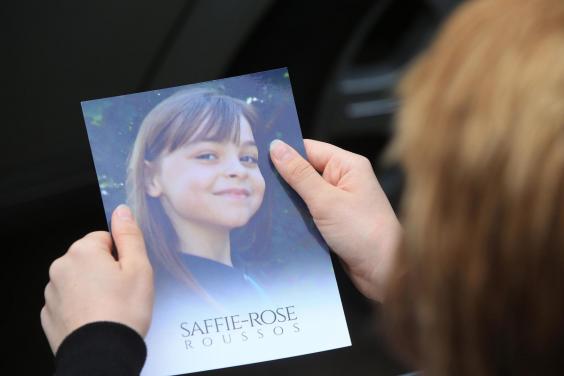 Funeral: The little girl was the youngest victim of the bombing (PA)

Saffie’s friends hope the video, which will be shown at her funeral, will be liked and shared using the hashtag £Saffiethesuperstar to fulfil her dream of becoming a YouTube star.