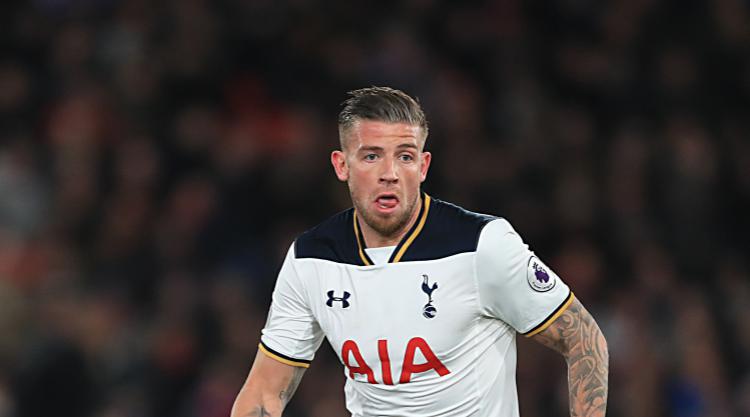 Toby Alderweireld’s advisor has told Tottenham either to reward the defender with an improved contract or allow him to leave the club.

Alderweireld was one of the best centre backs in the Premier League last season and has become a crucial part of Mauricio Pochettino’s team.

But while a host of Spurs players have been handed new contracts in the last 18 months, Alderweireld is yet to renew his own deal, which expires in July 2019.

Press Association Sport understands the Belgian currently earns around £50,000 a week and is seeking a rise to bring him closer to Harry Kane and Hugo Lloris, who earn more than twice that when potential performance-related bonuses are taken into account.

Alderweireld’s advisor Stijn Francis has urged Tottenham to make a decision on his client’s future.

“Even after his injury he recovered well. Tottenham’s statistics fell sharply during his absence.

“If you only look at his figures, Toby is impressive and for his performances, he deserves either a correct contract from Tottenham or a transfer.

“For a transfer, you know that he can only leave Tottenham for seven or eight teams and almost all the other top clubs are interested in Toby.

“There are not a lot of central defenders of his kind so they are sought after. But those clubs also know that they have to negotiate with [Tottenham chairman] Daniel Levy.”

Spurs reportedly have the option to extend Alderweireld’s contract by one more year but would then also activate a clause making him available for just £25million.