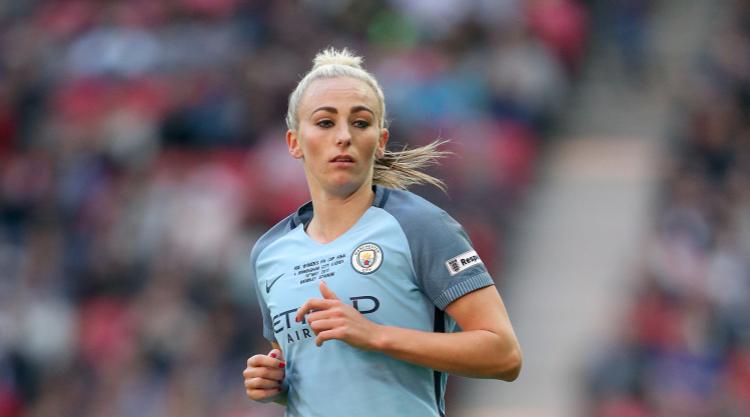 The 25-year-old former Everton forward has agreed a two-year deal with the Spanish side and moves with immediate effect.

Duggan told her new club’s website, www.fcbarcelona.com: “For me, FC Barcelona is the biggest club in the world and naturally I wanted to come here and be part of it.

“I have had a lot of success in England but I want to have even more. I think I need another trophy on my list and I know that Barca’s ambition is to win the Champions League. This is my goal too.”

Duggan, who is currently with the England side preparing for this summer’s European Championship, was a member of the City side that reached the semi-finals of the Champions League last season.

She joined City in 2013 and helped the club to Women’s Super League success in 2016. She also won the FA Cup earlier this year and enjoyed Continental Cup successes in 2014 and 2016.

In all she scored 31 goals in 74 appearances for City. She has also won 47 England caps and scored 15 goals for the national side.

Barcelona announced the signing by publishing photographs and videos of Duggan in club colours at the Nou Camp and other club facilities.

Duggan said: “Barca have grown a lot in recent years, particularly in women’s football. I am very confident that together we can take it to the next level. The club have made their intentions very clear with their signings over the years.”

The association with Barca’s famous men’s side – and one current player in particular – was also alluring for Duggan.

She said: “I like Luis Suarez and his style of play. I’m from Liverpool and grew up as a Liverpool fan so he has obviously been a great role model for me.

“His style of play is like he’s just playing with his mates in the streets sometimes. I love that style and that’s the way I try to be too. Hopefully I can bring to the women’s team what he’s brought to the men’s team.”

A statement from City read: “All at Manchester City thank Toni for her contribution over the past three years and wish her the best of luck with her new experience.”