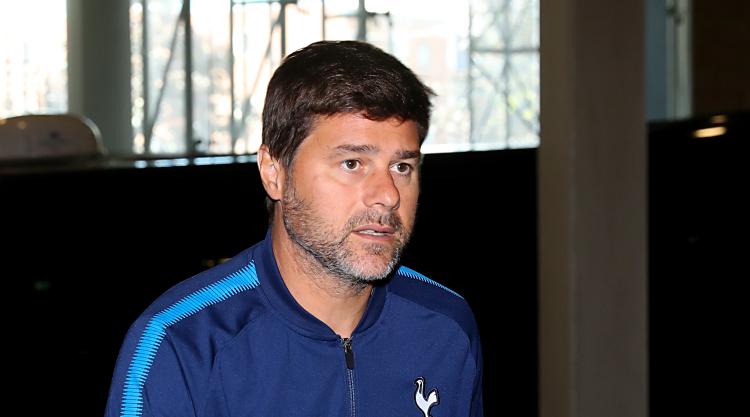 Tottenham manager Mauricio Pochettino has challenged his players to make Wembley home and insists their poor record at the national stadium is nothing to do with the unfamiliar surroundings.

Wembley will play host to Spurs this season as their new stadium on the site of White Hart Lane is completed – and they welcome London rivals Chelsea on Sunday in the first-ever Premier League match to be staged there.

Pochettino’s side had a woeful record at Wembley last term as they played their ill-fated Champions League campaign under the arch, losing to Monaco and Bayer Leverkusen before beating CSKA Moscow having already been eliminated.

That poor form saw Spurs drop into the Europa League – and they were dumped out of that competition after being held to a draw at Wembley by Gent.

Since beating Chelsea in the 2008 League Cup final, that win over CSKA remains their only success in nine competitive outings – with three defeats coming at the hands of the Blues.

Antonio Conte’s champions, even with the ongoing issue of unsettled striker Diego Costa to deal with, will therefore provide a fitting first challenge for Pochettino and Spurs at their temporary home, and the Argentinian insists they will have nobody to blame but themselves if they do not hit the ground running.

“Wembley is not a problem. We are the problem if we don’t win like last season,” he said.

“Wembley is the most important place in the world and if we are not able to win there it is not because of Wembley, it is because of us. It is the most exciting place to play football.

“It is where football is born. For me, in Argentina and Spain, Wembley was a big dream and now a possibility to play there every two weeks, or maybe every week, or maybe three times in one week.

“A problem? Oh, come on, I love Wembley. Wembley is not the problem. We need to make Wembley our home.

“There’s no excuse. Okay it was difficult to move from White Hart Lane to Wembley and it was a perfect excuse for everyone. Now it’s not an excuse.”

Spurs saw off Serie A champions Juventus in a pre-season friendly at Wembley – with the 2-0 win proving to Pochettino his side can cope with the change.

“Against Juventus the players realised the problem was not Wembley,” he said.

“We need to make Wembley home and perform and give our best. Good test against Juventus. The team is ready.”

Pochettino revealed Spurs have altered the size of one of the training pitches at their Enfield training centre to replicate the dimensions of Wembley but that no other special preparations have been put in place.

“We create one pitch here on the training ground the same size as Wembley,” he added.

“But we do not change anything else. It’s another season and the preparation we have to play on Wembley will be the same because we believe it is good preparation, it is the perfect preparation. To play and win or not, that is different.”

Danny Rose remains sidelined for the game against Chelsea having been linked with a move to the champions following his newspaper interview in which he questioned Tottenham’s ambition.

Ben Davies is likely to therefore continue at left-back having scored in the 2-0 season-opening triumph at Newcastle last weekend.

Kyle Walker-Peters impressed on his league debut on the other side of defence but Kieran Trippier could come back in after an ankle problem.