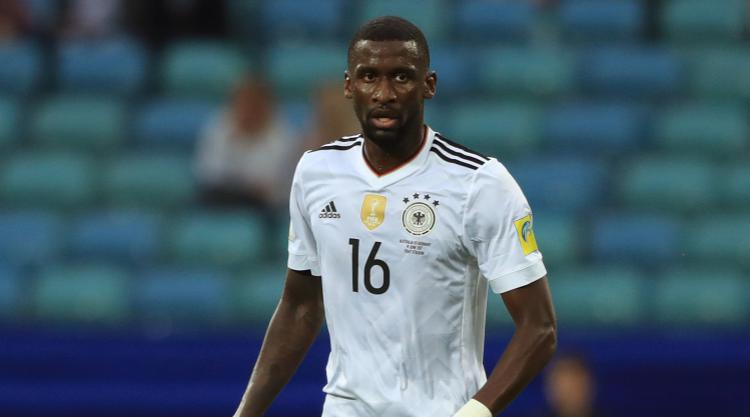 WHAT THE PAPERS SAY

The Sun reports Manchester United captain Wayne Rooney has been left out of the club’s pre-season tour of the United States and will complete a move back to Everton this week. Rooney will be allowed to leave Old Trafford on a free transfer with Everton paying him his current £250,000 a week wages.

Rooney could form a new-look strikeforce at Goodison with OLIVIER GIROUD with the Sun also reporting that he is set to join the Toffees from Arsenal in a £20m deal to replace ROMELU LUKAKU, who is set to rejoin Chelsea in a £90m deal.

The Independent writes that Manchester United will make a final push to bring ALVARO MORATA to Old Trafford. Manager Jose Mourinho has become frustrated with the lack of new faces at the club but Real Madrid are holding out for their £72m asking price. Mourinho wants his squad complete before getting on the plane for the US and so far only Victor Lindelof has arrived at the club.

Roma defender ANTONIO RUDIGER has arrived in London to complete a £36million move to Chelsea, according to the Daily Mirror. The Blues have beaten off a bid by Manchester City for the Germany international and Rudiger will undergo a medical before the deal, for an initial £31m with £5m in add-ons, is completed.

And finally, the Daily Mail reports that Burnley have had an £8m bid for Nottingham Forest striker BRITT ASSOMBALONGA rejected by the Championship side. The 24-year-old, who has scored 30 goals in 47 starts for Forest, previously worked with Clarets manager Sean Dyche at Watford. Forest are unlikely to allow their leading scorer last season to leave the club for anything less than £10m.

@ncustisTheSun: Manchester United’s Wayne Rooney is going home to finish his career with Everton. but it can’t be a fairy tale.

@MARCAinENGLISH: Good news for @FCBarcelona. Messi has agreed a new deal with the club.

JOE HART: Manchester City have told Newcastle and West Ham the England goalkeeper will only be allowed to leave on a permanent deal not on loan, writes the Sun.

ALFIE MAWSON: Tottenham are showing an interest in the Swansea and England Under-21 defender, according to the Daily Mirror.

CHRIS SMALLING: The England defender, 27, will hold talks with Manchester United over his first-team chances ahead of next summer’s World Cup, according to the Daily Mail.