The Treasury has launched a battle in Whitehall for a “City visa” to protect the vital stream of international talent to the financial sector after Brexit, the Standard has learned.

New City minister Stephen Barclay is due to meet immigration minister Brandon Lewis next week to make the case for special rules because of the importance of the sector to the UK economy and tax revenues.

It follows concern among business leaders that Theresa May’s ambition to slash net immigration levels to below 100,000 is a threat to the ability of financial companies to fill key posts and allow a free flow of personnel between international offices.

Mr Barclay is expected to point out that banks pay £24 billion in taxes to the exchequer, while the insurance and financial sector employs more than a million people around the country and makes a trade surplus of £60 billion.

There is strong support among business leaders for bankers and other specialists needed by the sector to be exempted from immigration curbs promised by Mrs May. The City of London Corporation has proposed regional visas so that London could set higher migrant limits than those preferred by areas such as Yorkshire where there is higher concern about immigration. 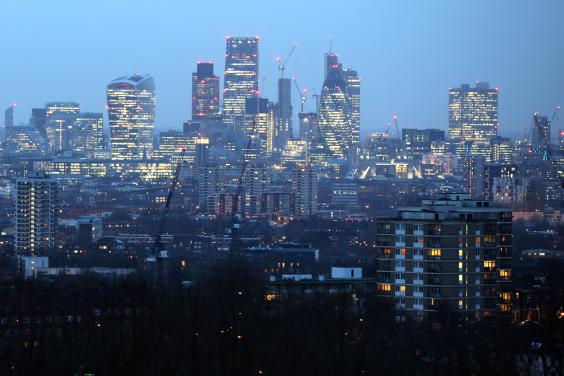 Banks are a massive contributor to the exchequer’s pot of money. (Dan Kitwood/Getty Images)

TheCityUK lobby group proposed a “digital skills visa” recently to ensure firms have access to IT technicians who are vital to modern financials.

The Treasury would prefer a sector based visa to a so-called “London visa”, reflecting the fact that at least a third of the sector is spread across the country.  About 51 per cent of the £121 billion generated for the UK in 2016 by finance and insurance was in London, and almost a third of the workforce in the Square Mile is international.

Mrs May has promised the EU citizens currently living in the UK will be able to stay for life by applying for “settled” status, but that would not guarantee a future supply of personnel. Brexit Secretary David Davis travelled to Brussels today for an update with EU chief negotiator Michel Barnier on a week of talks on the rights of EU citizens in Britain and Britons abroad.

Meanwhile, International Trade Secretary Liam Fox said he had “no problem” with a transition period for Britain to quit the EU — but said that could not mean delaying leaving the single market or customs union.

“We have to leave the EU first of all to keep faith with the voters who instructed us to do that,” he said.

The UK is seeking to replicate its current EU trade obligations at the WTO as it takes a seat in its own right after Brexit and Dr Fox said the organisation was “very positive” about the process.