Two babies have died after being left in hot cars in the same US city within 24-hours of each other.

Seven-month-old Zane Endress was found dead in a parked car in Phoenix, Arizona, as temperatures soared to 38C on Friday, the Washington Post reported.

The baby died from heatstroke after being left in the care of his grandparents, according to local media.

His aunt Michelle Anderson told the Arizona Republic newspaper: “How could this happen to good people and a good boy? 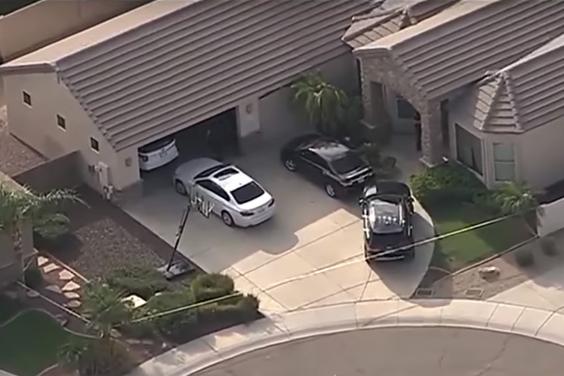 Police probe: Officers investigate the death of one of the babies (abc 15)

“He never cried and was so happy.”

Just a day later a father claimed to have discovered his one-year-old son dead when he returned to his car which was left parked near a church, also in Phoenix.

The second child has been named by police Josiah Riggins.

According to the Washington Post, the baby had been left alone at his family’s home in nearby Mesa before his father drove to the Free Church God of Christ.

Police believe he died while at home.

Josiah’s father has not been arrested and is cooperating with police.

Zane’s death is being investigated by Pheonix Police while detectives from Mesa probe Josiah’s death.