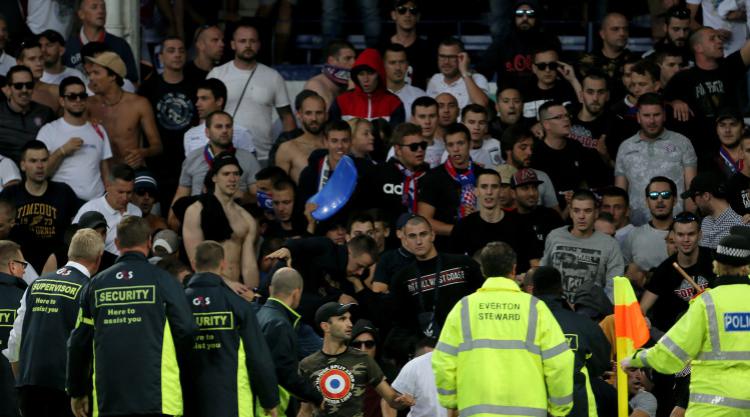 UEFA has announced the opening of disciplinary proceedings against Everton and Hajduk Split after their Europa League play-off on Thursday.

Play during the match at Goodison Park had to be stopped for several minutes due to crowd trouble in the away end.

Trouble flared in the first half of Everton’s 2-0 win, with missiles being thrown and advertising boards being kicked over as supporters surged towards the pitch.

As stewards and police moved to try to bring the situation under control, the players were instructed to leave the field by Slovakian referee Ivan Kruzliak and the game was halted for several minutes.

A statement from UEFA on Friday said Everton had been charged with the throwing of objects while Hajduk are accused of throwing objects, crowd disturbances, field invasion and acts of damages.

Michael Keane’s header had given Everton the lead just prior to the trouble in the 30th minute and Idrissa Gueye doubled the advantage in the 45th minute.

Regarding the crowd trouble, Everton boss Ronald Koeman said: “I was disappointed.