A leading scientist has claimed microchipping could play a vital role in UK businesses after the first American firm began offering its employees implants.

Professor Kevin Warwick, who experimented with microchipping his own arm in 1998, said the technology could boost security by only allowing certified staff access to certain files or areas.

He also said the chips could be used instead of a passport, helping reduce airport customs queues while making it easier to identify people.

It comes after Wisconsin firm Three Square Market offered to implant tiny identification devices in all of its workers hands for free. The scheme is optional but bosses expect over 50 members of staff to participate.

The £230 chips, which work through near-field communications, will allow staff to open doors, log into computers, use the photocopier and pay for food. 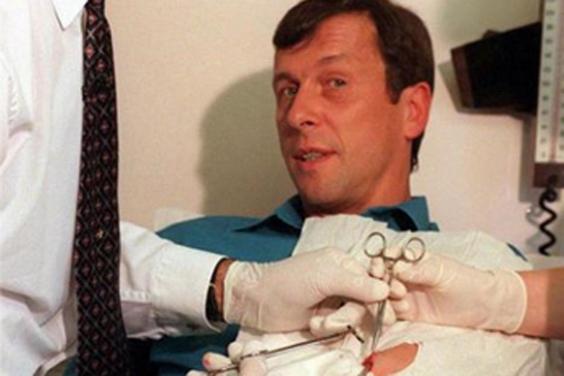 The company’s chief operating officer, Patrick McMullan, said: “Eventually, this technology will become standardised allowing you to use this as your passport, public transit, all purchasing opportunities, etc.

“The international market place is wide-open and we believe that the future trajectory of total market share is going to be driven by who captures this arena first.”

The chips, planted between the thumb and the forefinger, will also be used to unlock phones, share business cards and store medical information.

Professor Warwick welcomed the announcement and called for the UK to move forward with microchip technology as well.

Mr Warwick, who is vice chancellor of Leicester University, told the Standard: “I was the first to experiment with this technology way back in 1998 – a first for the UK. Although what I had implanted was not designed as an implant – so it was somewhat dangerous! Nowadays the RFID devices are specifically designed to be safe and operate reliably, although over a shorter distance than mine.

“I would love to see this technology used as an optional passport ID. It might help reduce the queues at passport control and easily identify people who are not terrorists.

He added: “In companies it clearly has a role to play as a security device, allowing access only to certain people. It could also be useful to assist with the aged living at home for longer – both in terms of security and to identify problems – much better than a wrist band which can fall off.

“Why shouldn’t we go forward with this technology in the UK. After all, this is where it was pioneered. But for me a key point is that it should be a choice for each individual.”