Passengers departing London over the busiest travel weekend of the year have been reassured they should not face chaotic delays after an earthquake hit Greece and Turkey last night.

Two people were killed and more than 120 were injured when the earthquake struck off the coast of popular island Kos in the early hours of Friday.

The 6.7 magnitude quake – which was felt nearby in Bodrum, Turkey – left some tourists sleeping outside after buildings collapsed into piles of rubble.

The Foreign Office has warned of possible “disruption to ferry and flight services as a result of the earthquake” and several flights out of Kos airport have been delayed or cancelled.

But, as the British summer break begins, London holidaymakers have been reassured by flight operators that they should be able to travel as planned.

A spokesman for Thomas Cook said it has teams in the areas affected who are supporting customers. There is no disruption to travel out of the UK, he added. 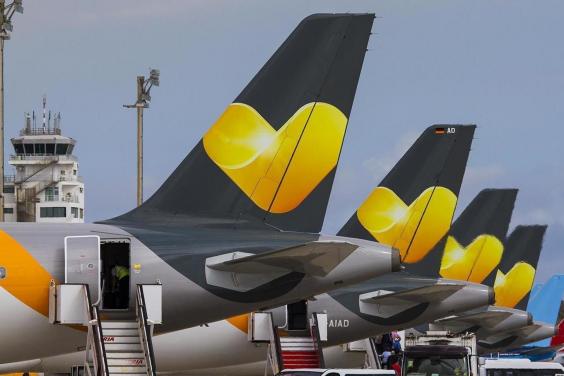 Travel: Thomas Cook advised passengers to contact them if they were concerned about their trip

The spokesman advised customers to continue as planned and to contact the company if they were concerned.

“And any customers who are due to travel to the affected areas in the coming days should check our website for updates or call us on 01733 224 536.”

Easyjet confirmed an early-morning flight to Bodrum departed as scheduled and announced it was not expecting any disruption to services over the weekend.

Heathrow Airport was unaffected by the chaos and Gatwick and Luton spokesmen confirmed flights would be departing as usual.

Two dead in earthquake that strikes Greek island of Kos

A spokeswoman for Stansted Airport said she was not aware of any disruption to flights but advised passengers to check with their operator.

“This is a very busy travel weekend,” she said. “So we would always advise people to check the status of their flight with their airline.”

A statement on the Foreign Office website said: “Please contact your airline, ferry company or tour operator for updates to services.”

It also instructed anyone in the affected area to contact friends and family to tell them they are safe.

“You should be aware of the possibility of aftershocks, and follow the advice of the local authorities and/or your tour operator,” it added.