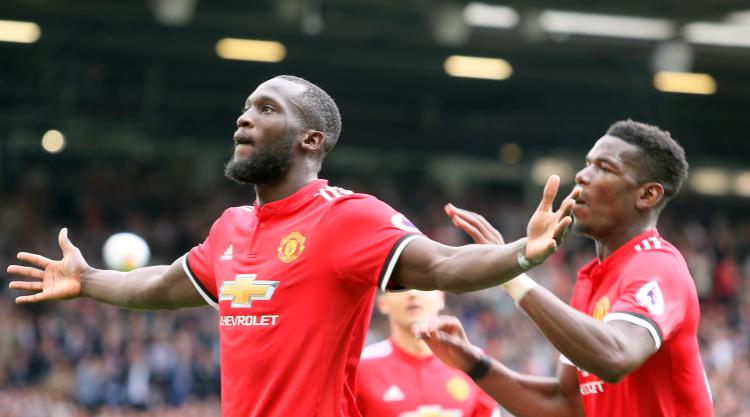 Jose Mourinho hailed Romelu Lukaku after his superb double against West Ham but insisted Manchester United’s record signing was under no pressure to score goals.

The £75million summer buy from Everton hit the ground running at Old Trafford with a goal in each half as United thrashed the Hammers 4-0 in their Premier League opener.

Coming after a strike against Real Madrid in the European Super Cup last Tuesday, Lukaku has immediately started to pay off his sizeable fee but Mourinho will not simply judge the player on goals.

Mourinho said: “He is playing well, he is working hard. He likes the team and the team likes him.

“Any striker can play phenomenally hard but if he doesn’t score goals the pressure is on them, so good for him, good for Wayne Rooney, (Alexandre) Lacazette, Morata – good for all the strikers arriving in new clubs and scoring in the first days. It is always oxygen, happiness and confidence for them.

“But Romelu knows me well. He knows sometimes strikers can play very well for the team without scoring goals. He knows from me there is no pressure at all. But today he was good, very effective.”

Lukaku himself relished the occasion.

“To play in front of such a crowd and for such a great club, it’s a dream come true,” the Belgian told Sky Sports. “The most important thing is the win – the win was good.”

Lukaku set United on the way to a convincing victory with the opening goal after 33 minutes and headed a second early in the second half. The hosts spurned several chances to increase their lead before Anthony Martial and Paul Pogba finally put a realistic slant on the scoreline in the latter stages.

But while Lukaku grabbed the main headlines, the platform was laid by another new signing, Nemanja Matic.

The former Chelsea midfielder was outstanding throughout and Mourinho admitted he was surprised his former club allowed him to leave.

Mourinho said: “I brought him to Stamford Bridge because I thought he was a player with special qualities and since I left I always thought he could be a perfect player for us.

“We have him and we are very happy because (he) is a player this team needs.”

United’s performance was brimming with confidence and lent some justification to the pre-season optimism around the club.

But Mourinho said: “Last season we were also top of the league after the first match and we finished sixth, so this means nothing.

For West Ham, the manner of defeat was a crushing blow to confidence at the start of the campaign.

Manager Slaven Bilic said: “They were much better than us in every department – better without the ball, better with the ball. If you give them time and space in those pockets they are lethal and they showed that.

“It shouldn’t affect our confidence, although it will. We are very low at the moment. The players feel bad.

“It is our obligation to pick up ourselves and prepare for the second game of the season against Southampton.”