Several people are feared to be trapped after a five story block of flats has collapsed near Naples.

Firefighters in Italy up to eight people are believed to be buried in rubble after the block collapsed in the small town of Torre Annunziata.

News agency ANSA quoted witnesses as saying that there was no explosion before the collapse sometime after 6 a.m., adding that a train had just passed by moments before on adjacent train tracks.

Images from the scheme show the structure of the building partially collapsed, revealing the interior of some apartments. 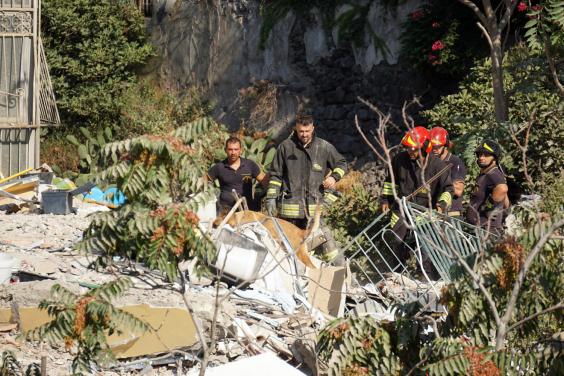 Several people are feared to be trapped in rubble (EPA)

About 30 rescue workers were seen removing rubble by hand, passing it out in buckets, as firefighters on long, retractable ladders checked the stability of the building’s remains. 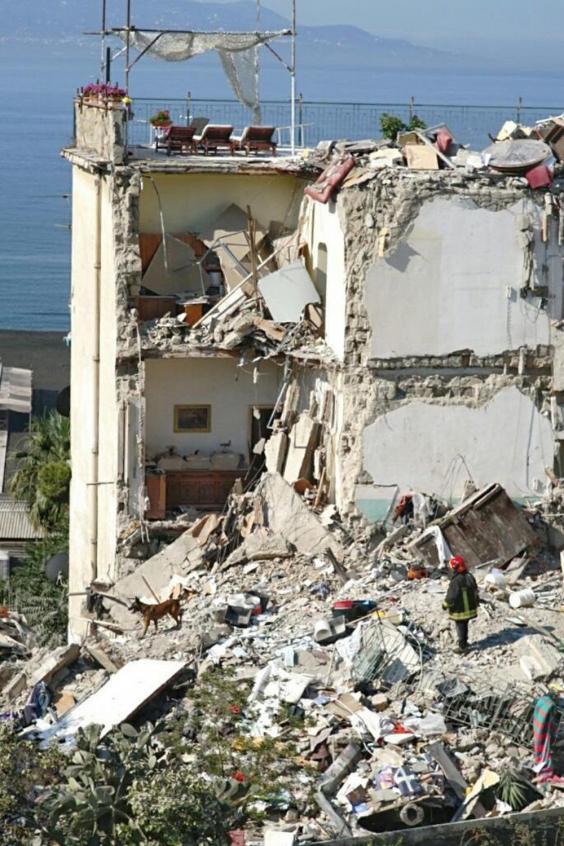 At one point, the digging was paused while a sniffer dog checked the scene.

News reports have indicated that reconstruction work was being carried out on the building before the collapse.

The train line that passes Mount Vesuvius and connects Naples with such tourist sites as Pompeii and the Amalfi coast has been closed.