A dog which served with the US Marines in Afghanistan has been honoured with a military funeral.

Cena, a 10-year-old black lab, was given a tearful final goodbye in Michigan by owner owner Lance Cpl. Jeff DeYoung before being put down after a cancer diagnosis.

Hundreds of people attended to say goodbye to Cena, whose body was carried away in a US flag after he was put to sleep.

Cena was diagnosed with bone cancer two weeks ago and had been a bomb-sniffer for the Marines until his retirement in 2014. 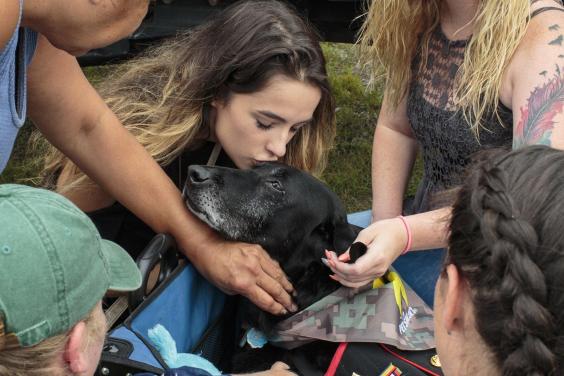 Emotional: well-wishers smother the lab with love as they say goodbye (AP)

He was paired with DeYoung, 27, during his tour in Afghanistan and was then adopted by the soldier to help with his post-traumatic stress disorder.

Cpl DeYoung said: “My whole adult life I’ve had Cena. When I was 19 overseas learning how to be responsible, I had Cena. And now I’m 27 and I’m having to say goodbye to one of the biggest pieces of my life.” 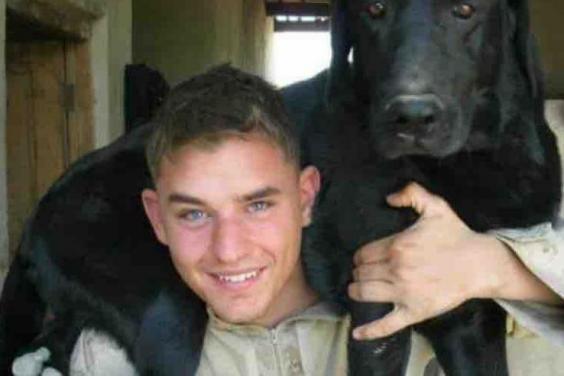 During the tours, Cpl. DeYoung said Cena kept him warm at night and comforted him when he lost seven friends in three weeks.

The ceremony was attended by the US Marine Corps League, police officers, fire crews and a canine officer named Rex. Attendees gave one final three-volley salute. 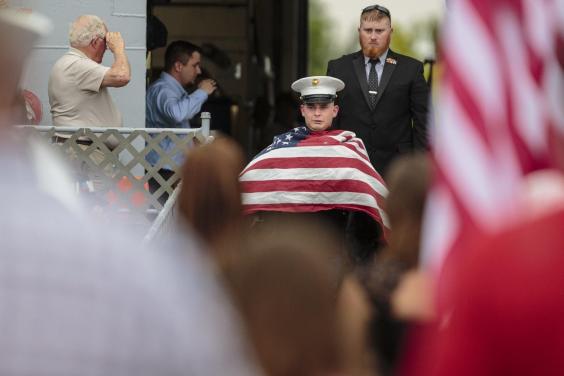 DeYoung said he noticed two weeks ago that Cena was limping and not walking on his back leg and a vet confirmed it was bone cancer.

He said: “To be frank, I hid under the desk in the vet’s office, I threw my phone against the wall and the vet had to leave the room until I could compose myself.”