A US policeman was startled by a loud noise near his patrol car moments be-fore he shot dead an Australian woman who had called 911, his partner says.

The statement on the death of Justine Damond, 40, was released as Australia’s prime minister Malcolm Turnbull demanded answers over what he called a “shocking killing”.

Bride-to-be Ms Damond had called police at about 11.30pm on Saturday when she heard a woman’s screams near her house in Minneapolis.

A patrol car arrived and when she approached it in her pyjamas, Officer Mohamed Noor shot her in the stomach from the passenger seat.

Ms Damond, a meditation coach and former veterinarian who was originally from Sydney, was unarmed and had called police to report an assault. She was believed to have been carrying a mobile phone. 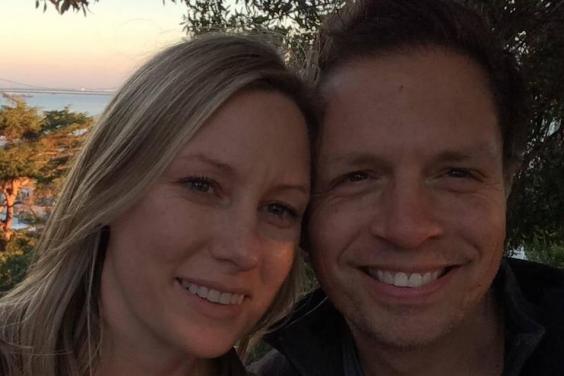 Justine Damond had taken to name of the man she planned to marry, Don Damond (Facebook)

Officer Noor has refused to be interviewed by authorities. But his partner Matthew Harrity, who was driving, told  the Bureau of Criminal Apprehension that Ms Damond — also known as Ms Ruszczyk — was shot in an alley where they were looking for the suspect.

“Officer Harrity indicated that he was startled by a loud sound near the squad [car],” a statement from the bureau read.

“Immediately afterward Ruszczyk approached the driver’s side window of the squad [car].”

Harrity indicated Noor fired his weapon through the open driver’s side window. “The officers immediately exited the squad [car] and provided medical attention. Ruszczyk was pronounced dead at the scene.”

They did not turn on their body cameras until after the shooting. Both have been put on paid administrative leave.

In a TV interview, Mr Turnbull said: “How can a woman out in the street in her pyjamas seeking assistance from police be shot like that?”

About 300 people today attended a silent vigil at Freshwater Beach in Sydney, where they threw pink flowers into the sea.