A woman killed by police in the US had called them to report a sexual assault taking place in an alley behind her home, it has emerged.

Justine Ruszczyk made the 911 call after hearing suspicious noises, which she believed was a sex attack, coming from the secluded path close to her home in Minnesota around 11.30pm on Saturday night, American media reported.

When officers arrived they opened fire from their vehicle, fatally striking the 40-year-old spiritual healer.

Miss Ruszczyk was born in Sydney but moved to the US to be with her partner, who she was due to marry next month, three years ago.

Her fiance Don Damond and his son Zach have demanded answers over the death which is being investigated, the Telegraph reported.

Mr Damond told Australian media that the family were “desperate for information.”

“Piecing together Justine’s last moments” would be “a small comfort,” he added. 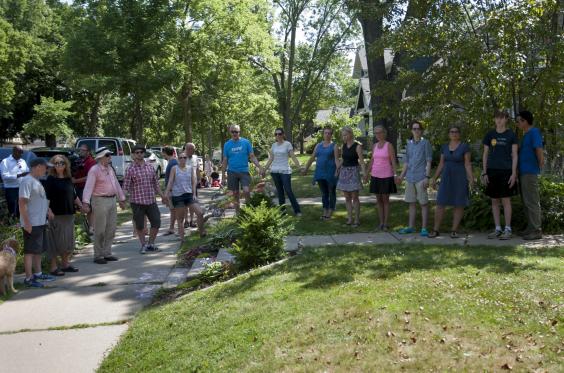 Zach said in an emotional Facebook live video: “My mum is dead, because a police officer shot her, for reasons I don’t know, and I demand answers.

“She heard a sound in the alley so she called police and the cops showed up.

“Basically my mum’s dead because a police officer shot her for reasons I don’t know … I demand answers. If anybody can help, just call police and demand answers. I’m so done with all this violence.”

The officer responsible for firing the fatal shot has been named as Mohamed Noor.

Tom Plunkett, his lawyer, confirmed his client fired his weapon, according to CBS Minnesota.

Both Mr Noor and his partner have been placed on administrative leave while the shooting is investigated.

However, police said the officer’s body worn cameras and a camera in their squad car had been switched off at the time of the shooting which may hamper the investigation.

The Australian Department of Foreign Affairs and Trade said they were “providing consular assistance to the family of an Australian woman who died in a shooting in Minneapolis”.

They said in a statement on behalf of her family: “This is a very difficult time for our family.

“We are trying to come to terms with this tragedy and to understand why this has happened.”