The North Korea missile crisis deepened today as America’s ambassador to the United Nations warned: “The time for talk is over.”

US vice-president Mike Pence also claimed “all options are on the table” after the rogue regime’s latest test of a long-range missile allegedly capable of hitting American cities.

Donald Trump and his senior aides are looking to China to act to restrain dictator Kim Jong-un. Nikki Haley, American ambassador to the UN, said Beijing “must decide if it is finally willing to take this vital step” of taking on North Korea.

It follows Friday’s test-firing by Pyongyang of a second intercontinental ballistic missile (ICBM). North Korea said it flew for 47 minutes and reached an altitude of 2,300 miles, with Kim claiming it put the whole of the US within strike range.

After the launch the US sent two su-personic B-1B bombers over the Korean peninsula in a 10-hour show of force. They were escorted by South Korean fighter jets and performed a low pass over an air base near Seoul. 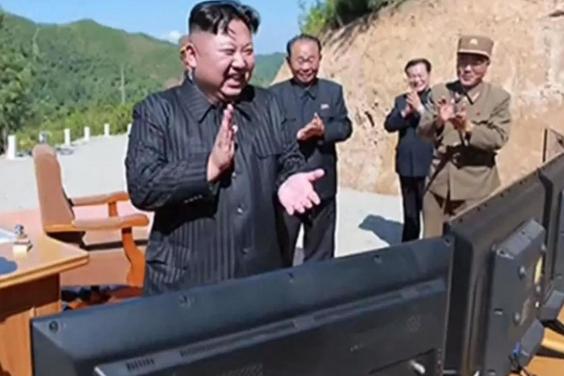 Mr Trump said he was “very disappointed in China”, tweeting: “Our foolish past leaders have allowed [Beijing] to make hundreds of billions of dollars a year in trade, yet they do NOTHING for us with North Korea, just talk.”

He said in another message: “China could easily solve this problem!” The US also said it conducted a successful test of the Alaska-based THAAD missile defence system, which is designed to shoot down ballistic missiles.

Washington sources say Mr Trump is facing pressure from some Cabinet members to strike against North Korea before it has time to add a nuclear warhead to its ICBMs. The argument is that flight data from Kim’s second test showed a broader part of mainland America, including Los Angeles and Chicago, is now in range. 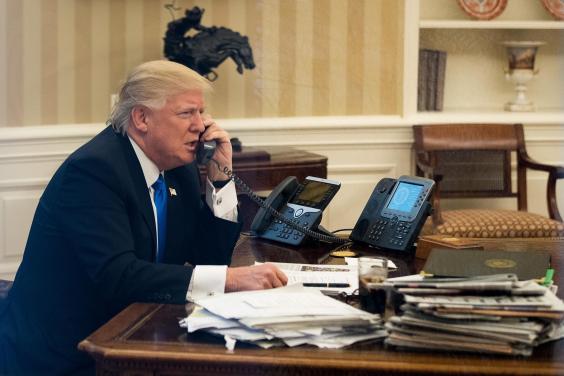 However, US defence secretary James Mattis warned last month that a conflict could result in tragedy “on an unbelievable scale”.

Claiming that the war of words was having little effect, Ms Haley dismissed suggestions America was seeking UN Security Council action, as it has done following previous missile tests.

North Korea was “already subject to numerous Security Council resolutions that they violate with impunity,” she said, and an emergency meeting was “worse than nothing, because it sends the message to the North Korean dictator that the international community is unwilling to seriously challenge him.”

The US administration says neither sanctions nor pressuring China — which North Korea relies on for food and fuel — has had much success in curbing the regime’s nuclear and missile programmes in the past.

Mr Pence said that while all options were available to the US it was seeking a consensus against North Korea.

Speaking during a visit to Estonia, he added: “The continued provocations by the rogue regime in North Korea are unacceptable, and the United States of America is going to continue to marshal the support of nations across the region and the world to further isolate North Korea economically and diplomatically. We believe China should do more.”

Japan’s prime minister Shinzo Abe today said he and Mr Trump had agreed on the need for action on North Korea.

After a 50-minute talk with the US president he said: “International society, including Russia and China, needs to … increase pressure.”

He did not give details about any action. China’s foreign ministry said the nuclear issue did not arise because of China and everyone needed to seek a resolution.