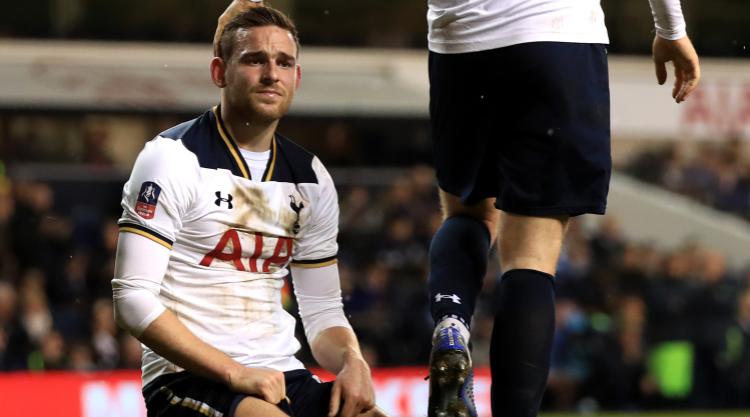 Vincent Janssen’s Tottenham career has been dealt another blow after the striker was left out of Mauricio Pochettino’s Champions League squad.

Janssen was not included in the 21-man group announced on Monday while Erik Lamela, who has been out since last October with a hip injury, was another notable absentee.

Lamela’s omission will prompt fresh concerns about the Argentinian’s long-awaited recovery but more surprising was the decision to overlook Janssen, who cost Spurs Â£18.5million to sign from AZ Alkmaar just over a year ago.

Janssen has managed only six goals in 39 club appearances since then and his dwindling status was demonstrated by Tottenham spending Â£14m on another striker, Fernando Llorente, at the end the of the transfer window last Thursday.

UEFA rules state clubs can only name 17 players in their squads that are not ‘locally trained’ but Pochettino still preferred the likes of Georges-Kevin Nkoudou to Janssen, as well as extra cover in defence.

The inclusions of 19-year-old Juan Foyth and Davinson Sanchez give Tottenham six players able to play at centre-back, along with Jan Vertonghen, Toby Alderweireld, Eric Dier and Ben Davies.

Kane, Danny Rose, Dele Alli and Kieran Trippier take up four of the eight ‘locally trained’ spots while Harry Winks and Kyle Walker-Peters are both expected to be added.

Winks and Walker-Peters will be named on the club’s ‘List B’, which is reserved for players born after January 1, 1996 and who have been eligible to play for their club for two years since the age of 15.