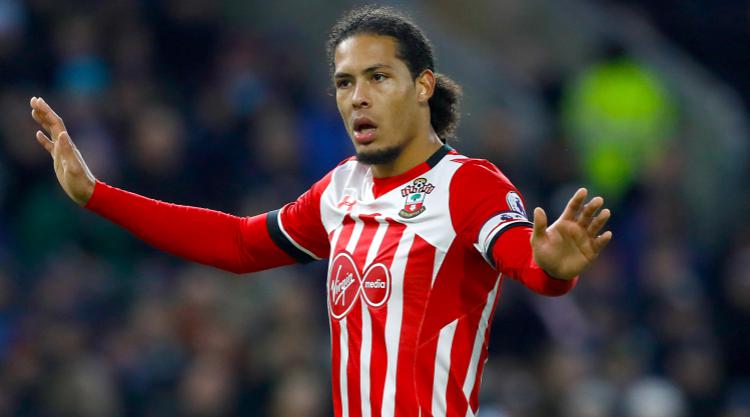 Southampton executive director Les Reed says the club have no intention of cashing in on Virgil van Dijk and Cedric Soares as they prepare for life under new manager Mauricio Pellegrino.

Dutch defender van Dijk was caught up in a transfer row over interest from Liverpool, while Portugal right-back Soares has been linked with the likes of Everton, Tottenham and Barcelona.

Reed, though, insists the Saints are not about to see more key men depart the club, as had been the case in years gone by.

“None of those players are for sale. I can’t make it any plainer than that and that’s the way we mean to go forward,” Reed said in an interview with Sky Sports News HQ.

“We built this squad over some time and think we have a strong squad.

“We will fine-tune it but, other than that, we are looking forward to a very competitive season next year and we plan to go forward on that basis.

“There may be players that go on the basis it is the right thing for them and the club at that given time but we don’t expect that to be wholesale and this is simply doing sound business in the transfer window.”

Former Argentina defender Pellegrino was last week confirmed as successor to Claude Puel, who was sacked at the end of the Premier League campaign.

Pellegrino led Alaves to the Copa del Rey final last season, and had previously coached under Rafael Benitez at both Liverpool and Inter Milan.

The Argentinian is set to join up with the club in time for the start of pre-season training, with a friendly against Brentford pencilled in for July 22.

Reed expects Southampton to be proactive in the transfer mark as Pellegrino weighs up his options going forwards.

West Brom have been linked with a £14million deal for Saints forward Jay Rodriguez, whose first-team chances were limited last season.

“We track players over years and when the new manager comes in like Mauricio, we take him through that process,” the Saints executive director added.

“He had done his homework on our squad and we don’t believe we need to turn over players every year just to freshen things up.

“We’ve got a strong squad now and it would be about adding players bringing more value and power. It’s not broken so there is no need to bring in players just because of fashion or to get people excited in the transfer market.”