Vladimir Putin was spotted apparently being given a dressing down as he tried to open a car door for a woman.

Russia’s President was filmed stepping out of the driver’s seat of a Mercedes and opening one of the passenger doors.

With a brief flick of the finger, Mr Putin was dismissed before he shut the door and walked off, according to The Times.

The awkward moment has sparked speculation over the identity of the President’s passenger. 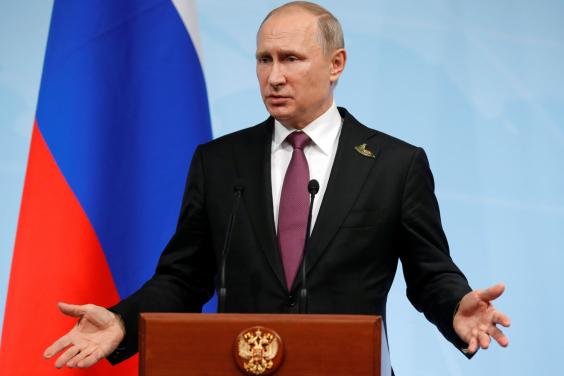 Rumours circulating suggest the passenger of the ex-spy boss, known to be secretive about his private life, was his partner or one of his daughters.

Mr Putin was visiting Valaam, an Orthodox monastery on a remote island in the country, where he met Patriarch Kirill, head of the Russian Orthodox Church, on Wednesday.

According to The Times, the Russian leader’s spokesman said the mystery person was a member of security.

He reportedly added that Mr Putin “wanted to get something” from his car when he opened the passenger door.