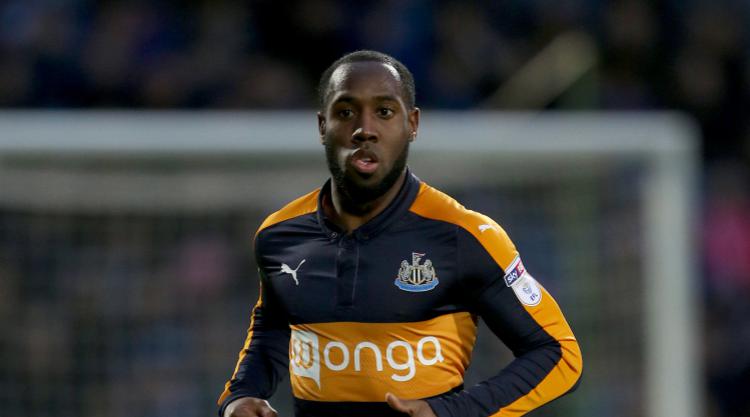 Vurnon Anita headed off on for his summer holiday reflecting upon a “beautiful” season as Newcastle snatched Sky Bet Championship title glory on a dramatic final day.

The 28-year-old Dutchman and his team-mates, who had already secured promotion back to the Premier League at the first attempt, celebrated deliriously on the pitch at St James’ Park on Sunday afternoon when confirmation of Brighton’s 1-1 draw at Aston Villa meant their 3-0 win over Barnsley was enough to ease them back to the top of the table.

Talks between owner Mike Ashley and manager Rafael Benitez this week will determine whether or not the so-called “Rafa-lution” on Tyneside will continue in the top-flight, but whatever happens, Anita will look back upon a difficult campaign with a great deal of satisfaction.

He said: “Everybody worked for each other and fought for the club. It’s been beautiful to see this season.

“You always have to work to the end and so everybody could see with those final scenes. The emotion was there for all to see. It is a great thing for the city and the club.

“I have a medal for my collection, it’s all good. I can sit back and reflect now. I can enjoy vacation and hopefully come back.”

Anita is one of several men who is out of contract this summer and his future is yet to be decided as Benitez waits to discover the size of war-chest Ashley is prepared to give him and determine whether or not he can work within that budget.

However, the former Ajax midfielder, who has played much of his football this season at right full-back, has gone much of the way to winning over his critics with a series of fine individual displays.

He admits he does not know yet what the future may hold for him, but having played his part in both the Magpies’ relegation and their subsequent fightback, he is keen to have a role in the latest chapter of the saga.

Asked if he hoped to stay, Anita said: “Of course, but it’s not up to me. I am open to everything. I will see what happens.

“If the group stays together it’s a beautiful thing, but in football you never know what happens.

“Hopefully we can stay together and then work for next season.”