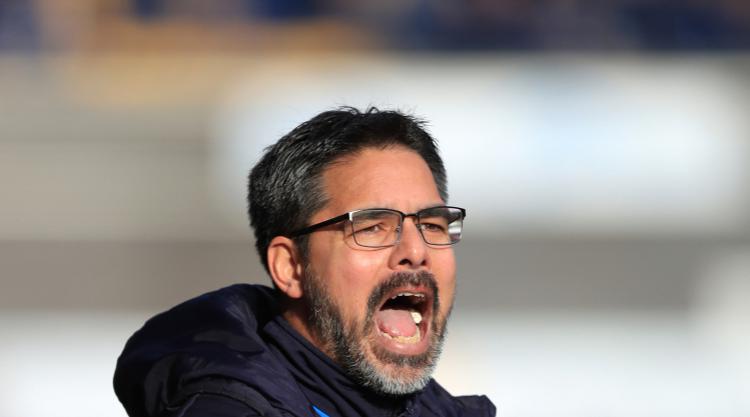 Huddersfield boss David Wagner has stressed the importance of the club’s fans producing an “extraordinary atmosphere” that will help the players do the “dirty yards” in Sunday’s historic clash with Newcastle.

The contest at the John Smith’s Stadium will be the first ever home Premier League game for the Terriers, who are back in the top flight this season after a 45-year absence and opened their campaign with a superb 3-0 win at Crystal Palace last weekend.

Wagner feels Huddersfield’s fans stepping things up a level from last term to back the team with “Premier League support” will be vital, and has every confidence they will do so.

“I’m very, very excited about this game on Sunday, and I have so much trust and belief in our supporters,” Wagner said at his pre-match press conference on Friday.

“This will be an extraordinary atmosphere – and it has to be.

“We had great support and atmosphere in home games last season when we got promoted.

“But now, our supporters will deliver something special, I am totally sure, and this is so important for us – that this atmosphere will give everybody a lift, give everybody on the grass the last percentage to really make the dirty yards, the hard yards, to make it as uncomfortable as we can against Newcastle.

“This is our aim and for this, we need Premier League support on Sunday.

“The supporters have shown they support us in numbers and been loud. The only thing I expect is that now they make the next step – the Premier League step.

“The connection between the players and supporters is extraordinary and this is something we will and have to continue.

“For this, first of all we have to perform, and if I say that, this means everybody in the stands has to feel they invest everything.

“I have trust and belief our supporters will deliver.”

Wagner looks set to have a similar matchday squad for the meeting with Huddersfield’s fellow newly-promoted side Newcastle as he did for the Palace game last Saturday, with Jonathan Hogg, Nahki Wells (both ankle), Martin Cranie (hip) and Jon Gorenc Stankovic (knee) still unavailable.

The manager revealed on Friday that while Hogg has a chance of being back involved with the first-team next week, Wells is expected to be out for another five to seven weeks and Cranie for another four. Stankovic is not due to return until around Christmas.

Meanwhile, after it emerged this week that Barnsley defender Andy Yiadom’s proposed move to Huddersfield had broken down, Wagner has said there is now no chance of the switch happening in the current transfer window.

When it was put to Wagner on Friday that there was speculation Yiadom had failed to pass a medical, he said: “I don’t like to go into details because he isn’t our player.

“It wasn’t a financial reason. Everything else I think should be answered by Barnsley or the player, why we were not able to come together.”

Wagner, who has made 10 signings since the end of last season, also said there could still be movement both in and out of Huddersfield before the window closes.

He added that he is prepared to listen to offers for defender Jason Davidson should they come in.