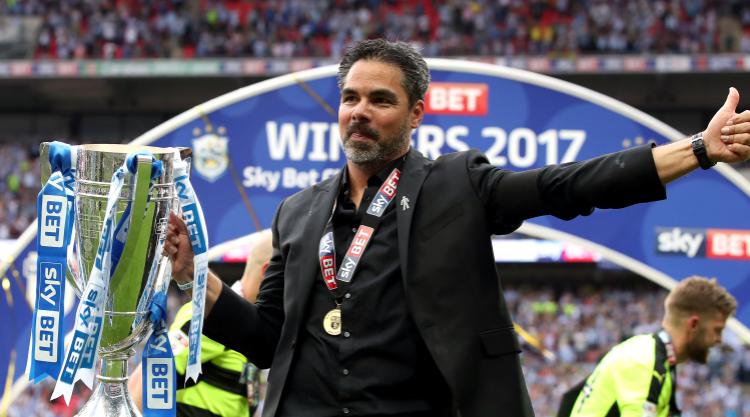 David Wagner will be on the phone to Jurgen Klopp once the enormity of Huddersfield’s rise to the Premier League sinks in.

Wagner, a former reserve-team boss under Klopp at Borussia Dortmund, has guided the unfancied Terriers back to the top flight for the first time in 45 years.

They did it the hard way, needing a penalty shoot-out to defeat Reading in the Championship play-off final following a goalless Wembley draw.

And their hero, once again, was on-loan Liverpool goalkeeper Danny Ward who, fresh from saving two spot-kicks in the semi-final against Sheffield Wednesday, kept out Jordan Obita’s effort.

Wagner now has a few calls to make, not least to see if Reds manager Klopp will allow him to keep Ward, as well as Manchester City, who loaned Town their man-of-the-match Aaron Mooy.

“I need to take a few weeks to get my head around it,” said Wagner. “I will have a lot of phone calls to make. I will call Jurgen, but not just to talk about Danny.”

While Ward made the crucial save, there was an unlikely man to take the penalty clincher in the shape of defender Christopher Schindler.

“I said to the players that the easiest thing in football is to put the ball from 12 yards into the net,” added Wagner.

“Now after 10 months you have the opportunity to go to the Premier League and all you have to do is put the ball in the net from 12 yards.

“Take this easy challenge and do it. Everybody who wants to do so raise their hands. And they said: ‘Okay give me the opportunity’.

“But I was pretty surprised when Schindi said: ‘I’d like to take the fifth one’. But he was totally confident, so I said okay.”

The club have announced they will celebrate promotion with a civic ceremony on Tuesday evening.

It was a tough end to a successful season for Reading , who finished third in the Championship table in Jaap Stam’s first year as a manager.

While the shoot-out provided high drama the previous 120 minutes was anything but, and Stam admitted the occasion may have gotten to his players.

“You can talk about taking risks and taking the initiative but this is not just a league game, in the players minds there are other things,” he said.

“It’s a totally different occasion and it’s difficult to put that aside. We worked our way through it, got to penalties, and then basically it’s a lottery.”