Lee Kum Kee, which specialises in Chinese-style sauces, clinched the deal to buy out the Canary Wharf Group’s and Land Securities’ 50 per cent stakes in the building.

Numerous Asian buyers battled it out for ownership of the tower, with the pound’s post-Brexit fall massively increasing the appeal of the capital’s property market to overseas buyers.

Market sources suggested that property magnate Cheung Chung Kiu, who also owns the City’s Cheesegrater tower, was on the verge of submitting a huge £1.6 billion bid before the food conglomerate clinched the deal. 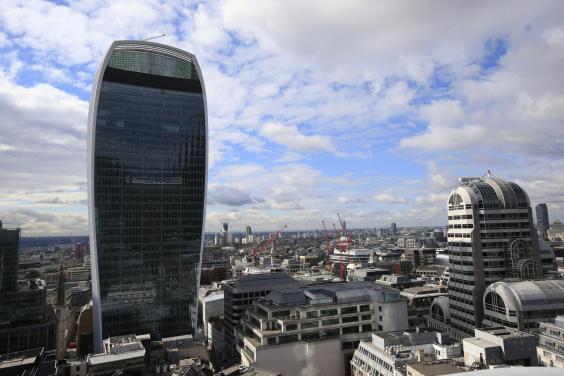 Lee Kum Kee was keen to make a splash in the London market after being recently rebuffed in an unsolicited bid for London’s Gherkin.

Designed by architect Rafael Vinoly, the Walkie Talkie hit the headlines in 2013 when it was blamed for causing damage to a parked Jaguar by reflecting the sun’s rays.

However, the fully let building covering 34 floors in the City’s insurance district makes it an attractive investment proposition, and it also boasts a three-tiered sky garden with a restaurant, bar and cafe, together with a free open air viewing area.

James Beckham of Cushman & Wakefield, which advised on the deal, said: “This record-breaking deal demonstrates the enormous investor appetite in London, and in the City’s reputation as the global place to do business.

“Since the vote to leave the EU, capital targeting London from the Asia-Pacific region has increased to record levels.

“This is partly due to currency fluctuations but is more indicative of longer-term confidence in London and investment strategies which are not derailed by short-term political uncertainty.”