Londoners will be hit with fresh delays this summer as the UK’s busiest station shuts down for major improvement work.

The £800m revamp at Waterloo is set to extend platforms for longer trains, making room for more seats and creating extra space for passengers.

South West Trains will be running but some stations including Queenstown Road will be closed and others will be served by fewer trains.

The transport provider is advising commuters to avoid popular terminal stations during rush hour and to use alternative routes instead.

Here’s everything you need to know about the Waterloo closures.

When is Waterloo shutting?

Network Rail is carrying out major improvement work at Waterloo station from August 5.

How long is it shut for?

The works are expected to last four weeks ending on August 28. 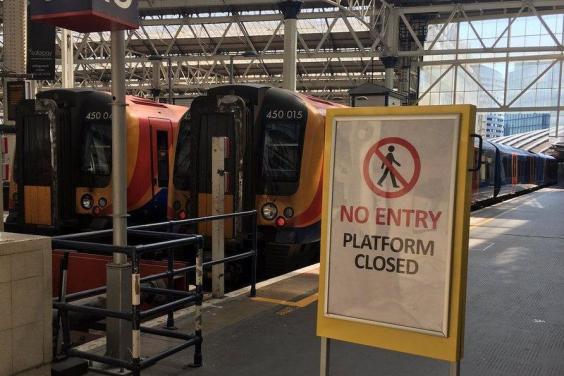 Which lines are affected the most?

Platforms 1-9 at will be closed, while platforms 20-24 will temporarily open with limited services operating.

London’s busiest stations such as Wimbledon, Earlsfield, Richmond, Clapham Junction and Vauxhall are expected to be busier.

Commuters travelling on the Northern line are expected to be delayed if travelling from Colliers Wood, Tooting Bec and Tooting Broadway.

London Overground services are also expected to be disrupted at Clapham Junction. 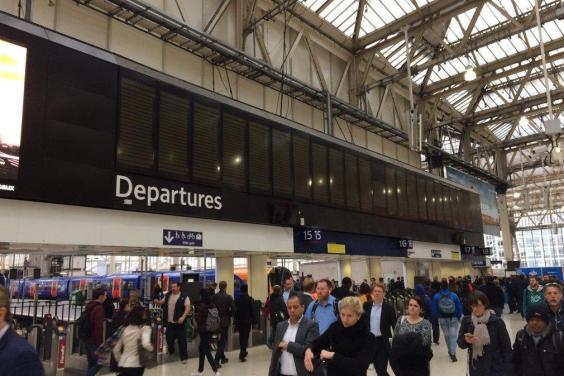 What alternatives can you use?

Transport for London has advised commuters to utilise the capital’s extensive bus network as an alternative. The new hopper fare means you can travel on two buses within an hour and only pay one single fare.

Cycle Superhighway 7 runs parallel to the Northern line between Colliers Wood and the City. 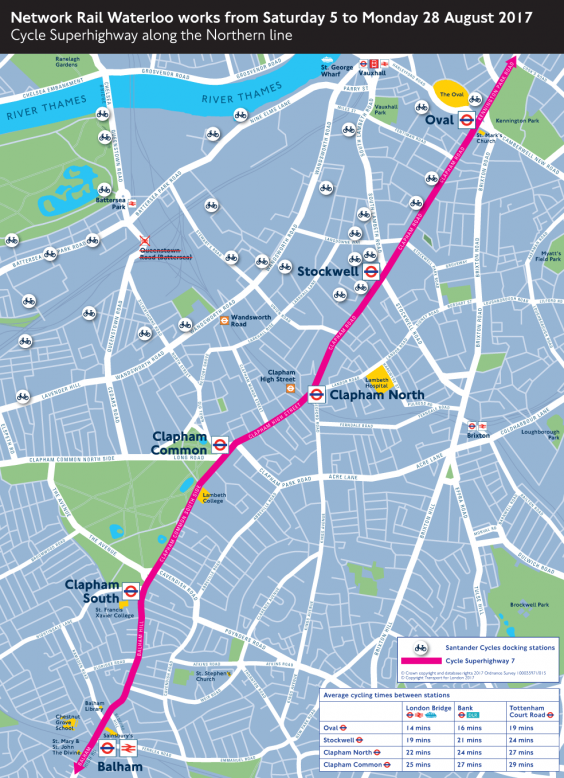 Ride: Londoners can use the Cycle Superhighways to travel into the City (Transport for London)

Will my ticket work at other stations?

However tickets are not valid on any Great Western Railway services via Taunton or Newbury.

If you hold a South West Trains ticket for travel between Raynes Park and London, it will be valid to ravel from Wimbledon Chase for travel to/from London Blackfriars on weekdays only.

No South West Trains’ services will operate between Dorking and Leatherhead for the duration of the Waterloo Upgrade.

Commuters are expected to change at Sutton for Thameslink services to Blackfriars and City Thameslink.

Passengers for Queenstown Road may also travel via Battersea Park and passengers for Earlsfield may use Wandsworth Common.