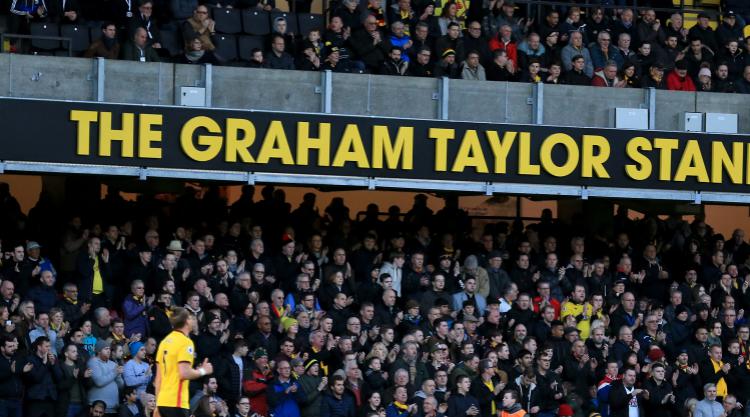 Watford have confirmed Spanish side Real Sociedad will come to Vicarage Road to contest the Graham Taylor Trophy on August 5.

Taylor, who died on January 12 aged 72, had two spells in charge of the Hornets, guiding the Hertfordshire club to runners-up in the top flight in 1982-83 and also the 1984 FA Cup final before then taking them up into the Premier League in 1999.

As well as managing Aston Villa and Wolves, Taylor also had a spell in charge of the England national team.

Villa will host a tribute match to their former boss against Watford on July 29, the match having been switched from Vicarage Road because of pitch renovation, with profits going to charity.

Watford are set to kick off the new Premier League season against Liverpool, which will be broadcast live on August 12 at 12:30pm for a first match under new head coach Marco Silva.