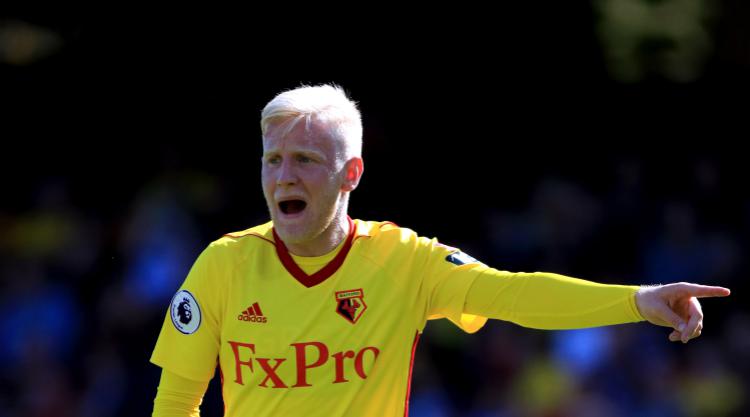 Will Hughes admits he is ‘massively excited’ about the prospect of making his Watford debut on Saturday against Liverpool, the team he supported growing up.

The 22-year-old midfielder left Derby after years of speculation to become one of the Hornets’ summer signings under new manager Marco Silva, and he is in contention for a place in their new-look team.

They host title contenders Liverpool at Vicarage Road in their opening fixture of the Premier League season, when fellow England Under-21 international Nathaniel Chalobah and Â£13million Brazilian Richarlison could also make their competitive bows for the club.

However, as a well a significant test for Hughes, who had been linked with Liverpool, Tottenham and Fulham among others while impressing at Derby, the occasion could prove nostalgic.

He grew up admiring Michael Owen and travelling to Anfield where he often watched games from the Kop, and the Surrey-born playmaker said: “It’s massively exciting, but I’ve got to focus on getting the result, I can’t read too much into the occasion. Hopefully I get a bit of game time and we get the result we want.

“It was Michael Owen, back in the day, and then ever since that I’ve followed them. I went to quite a lot of games when I was younger, then going through the youth ranks with Derby I couldn’t get to many, but definitely when I was younger I went to a lot.

Quizzed on whether the rumours about Liverpool’s interest when he was still in his teens turned his head, Hughes said: ” Five or six years ago yeah, that’s normal with me being a Liverpool fan. The more you read about it, the more people you speak to, you realise people put two and two together and make 26. Ever since I was 16 I’ve been touted for big clubs.”

While at Derby, Hughes had long appeared on the verge of winning promotion to the Premier League until their disappointing performances last season concluded with his transfer to Watford.

“It’s every young boy’s dream to play in the Premier League, and it’s been a long time coming for me,” he said. “To get games will be a big plus for me. I’m not going to walk into the team straightaway, there’s quality players, especially in midfield.

“I didn’t have the greatest of seasons last year with Derby, but the chance to come to the Premier League.

“I’ve played against Watford many times. It had a good vibe about it, good family club, and it was an easy choice in the end.

“It’s a massive change for me and previous opening day fixtures Liverpool, it doesn’t get much better than that. They’ve spent a lot of money as well and there’s a lot of pressure on them this year so hopefully we can catch them cold, first game.”