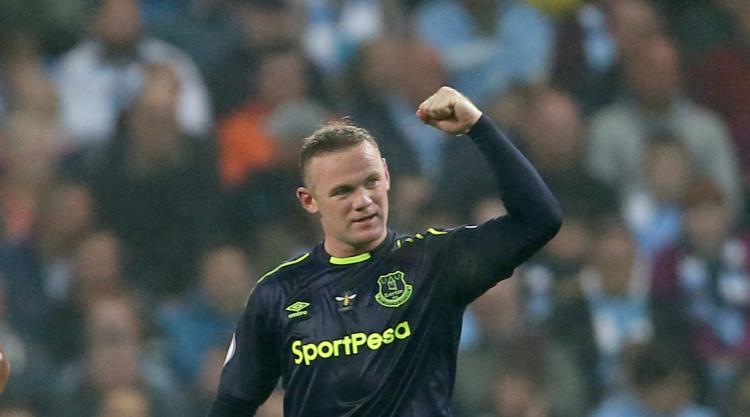 Rooney’s first competitive return to Manchester since rejoining Everton from United over the summer saw the England striker score the opening goal against City at the Etihad Stadium on Monday night.

The 31-year-old was understandably delighted with the goal and celebrated by running in front of the City fans whilst cupping both his ears.

But not only was Rooney – who became United’s record goalscorer during 13 seasons at Old Trafford – content to torment his former adversaries on the field, but he then trolled them on Twitter afterwards as well.

Accompanying a picture of him celebrating in front of scores of clearly unimpressed City fans, Rooney quipped:

Rooney’s 35th-minute goal at the Etihad was his second in the Premier League since returning to boyhood club Everton, and in the process saw him become only the second player after Alan Shearer to reach the 200-goal milestone in the division.

However, it was not to be the match-winner with Raheem Sterling – the former Liverpool player – netting an 82nd-minute equaliser for City.