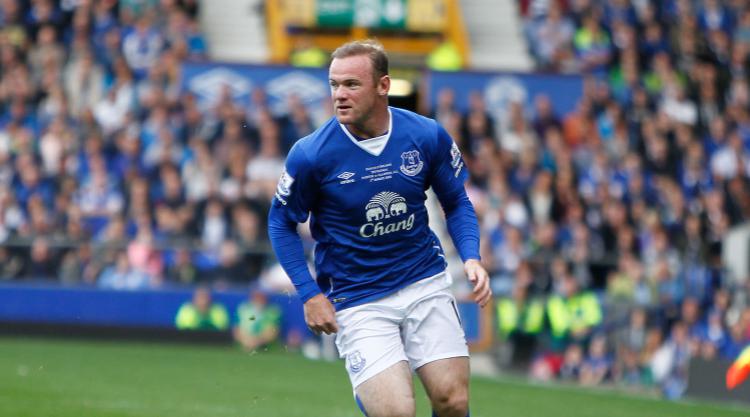 Wayne Rooney is looking forward to fulfilling a lifelong dream by making his European debut for Everton.

The 31-year-old has won the Champions League and Europa League, as well as five Premier League titles, with Manchester United, but the visit of Slovakian side MFK Ruzomberok to Goodison Park is getting him excited.

It may only be a Europa League third-round qualifier, but boyhood Evertonian Rooney, who left the club in 2004 three years before their return to continental competition, is relishing the occasion.

“Something I always wanted to do was play in Europe with Everton,” said the Toffees academy graduate, who has impressed in two pre-season friendlies against Kenyan champions Gor Mahia, in which he scored, and the 1-1 draw at KRC Genk on Saturday.

“I was a bit disappointed not to do that before but now I’ll have a chance. Obviously I won the trophy last year so I’m hoping as a club we can go far and, you never know, try to win it. It would be even better.

Rooney briefly returned to Goodison for Duncan Ferguson’s testimonial in 2015 but his last appearance on his ‘home’ ground for Everton was against Bolton in May 2004.

“You always get that feeling when you’re walking out the tunnel so to actually do it again in an Everton shirt will be a special moment for me,” he told evertonfc.com.

“It’s always been a special place to come and play, even when I’ve been on the opposing side.

“It’s been a positive start back here. It’s great that we got so many players in early as we’ve been able to work together for nearly a month before the first game, get to know each other and how everyone plays.