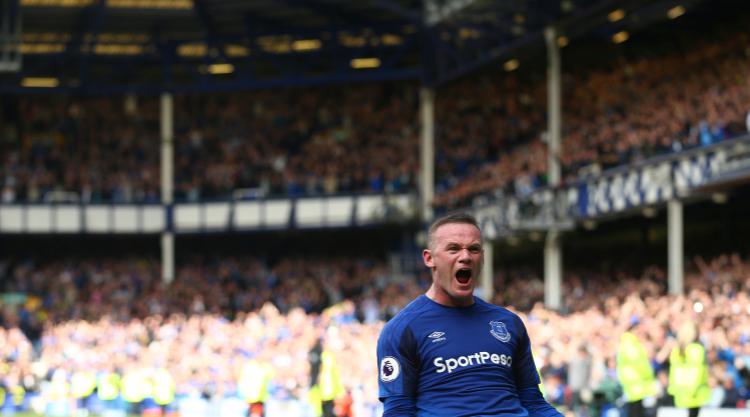 Wayne Rooney said it “doesn’t get much better” than firing Everton to victory after waiting more than 13 years to score for his boyhood club once again.

Having enjoyed a record-breaking, medal-laden stint at Old Trafford, the 31-year-old this summer returned to Goodison Park in search of regular first-team football.

Rooney was thrown in from the outset in Everton’s Premier League opener and did not disappoint, with his header late in the first half enough to secure a 1-0 victory against Stoke.

“On a personal level scoring the winning goal at Goodison Park is a special moment,” England’s all-time top scorer told broadcasters after the match.

“It doesn’t get much better.

“To play for this club is a huge deal for me. The early games in the season are always tough because you are always finding your rhythm in games.

“We’ve got some tough games coming up so it’s important we got off to a good start.”

Rooney’s goal was the only moment of note in a dull opening period. Involved in Everton’s impressive build-up play, he continued into the box and nodded home Dominic Calvert-Lewin’s fine cross.

The 31-year-old’s all-round display only improved after half-time, working hard in possession and out of it – leading to high praise from manager Ronald Koeman.

“There was one player in an Everton shirt today who from the first second to the last second was comfortable on the pitch,” the Everton boss said.

“He made every decision the right one and he scored a great goal from a great cross from Dominic.

“But in difficult moments in the game he showed his experience.

“He was clever, he was comfortable on the ball. That was different to some other players.

“That’s why we signed Wayne, expecting to show his team-mates all that experience and it was really important.”

Koeman knows Everton can do “much better” and expects his new-look side to become a more cohesive unit as the season progresses, pointing to the string of big-name players out through injury.

“For several reasons you sign new players,” the Dutchman said. “We don’t have really a lot more options in our team.

“We have some injuries, (Gareth) Barry was not available and (Ross) Barkley and (James) McCarthy and Seamus (Coleman) and (Yannick) Bolasie and (Ramiro) Funes Mori – then it is normal you get so many changes and maybe that was, first half, the difficulty.

“Maybe a little bit more nervous than normally they are and also the way Stoke play, defending-wise they make it difficult.

“Last season I think we won 1-0, the same result, and it was maybe a little bit the same. It was not our best game but we had more shots on target, more chances.”

“I thought we did fine today,” he said.

“We had a lot of control, certainly in the first half. I think we were good value and we needed to get to half-time.

“Probably the only chance that Everton created in the first half was the quality ball that they put into the box for you know who.

“He was always going to be part of the story today. That was always the worry and that’s how it has panned out.”