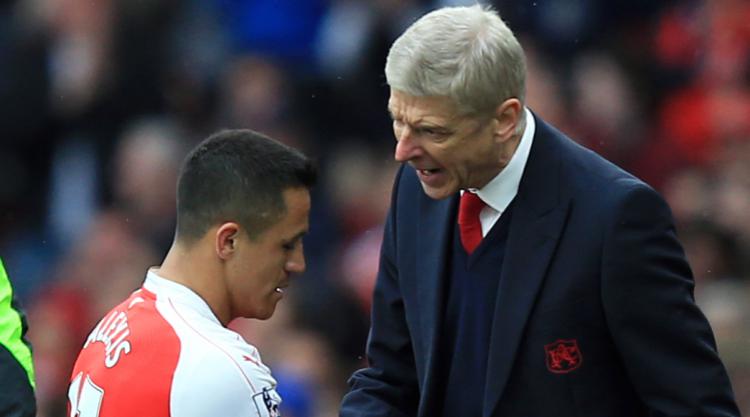 Arsene Wenger insists Alexis Sanchez has not told him he wants to leave Arsenal.

Speculation has mounted over the future of the Chile forward this summer, with Sanchez’s contract at the Emirates expiring at the end of the upcoming season.

However, Wenger believes the 28-year-old – who last month said he knew where he would be playing next season but stopped short of announcing his plans – could still extend his stay in north London.

“The players come back and we expect them to respect their contracts,” Wenger said in quotes broadcast by Sky Sports News HQ.

Asked whether Sanchez had told him he wanted to leave, the Frenchman added: “No.

Manchester City are reported to be among the former Barcelona star’s admirers, but Wenger reiterated that he would not be prepared to sell to a rival Premier League club.

“That’s in the continuity of what I said at the end of the season; that’s what we will do,” he added.

Wenger also admitted his interest in Monaco forward Kylian Mbappe, but admits there will be plenty of competition for the 18-year-old’s services.

“He’s a player who, when he gets up in the morning, can chose where he wants to go,” added Wenger.

“There are not many players with that kind of luck because he’s 18 years of age and all of Europe has a red carpet open for him. Nobody can say he is not interested in a player of that calibre, all the clubs are interested in him.”