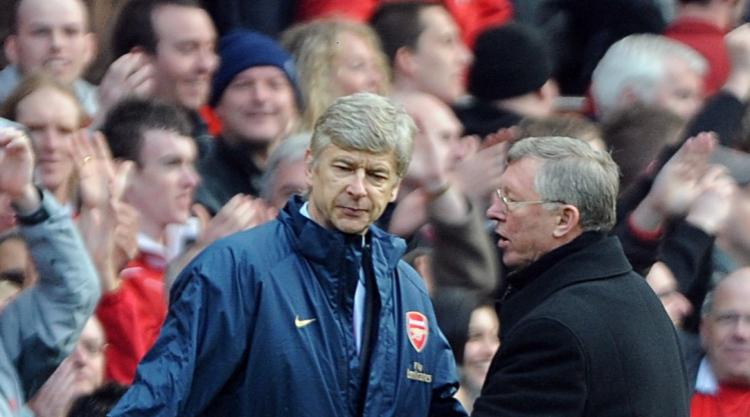 Arsene Wenger insists he was never tempted to quit Arsenal for Manchester United.

The Frenchman has been in charge of the Gunners for over two decades but, according to former United chairman Martin Edwards, he came close to leaving for Old Trafford.

Sir Alex Ferguson had decided to retire at the end of the 2001-02 season and Edwards wrote in his new autobiography that Wenger was his first choice to replace the Scot.

Instead, Ferguson changed his mind and signed a new deal but Edwards claims he met Wenger to discuss the role having been given the indication there was some attraction from the Arsenal boss.

“Our first choice was Arsene,” he said in his forthcoming book Red Glory: Manchester United and Me.

“We thought he was the best candidate to replace Alex. Certainly he was my number one choice.

“So we made our approach and Wenger did show a little bit of interest, enough to want to meet (chief executive) Peter Kenyon and me at his house in London to listen to what we had to say.”

Wenger would not divulge any information about the discussions when pressed on the matter following Arsenal’s 3-0 Premier League win over Bournemouth on Saturday.

But the 67-year-old insisted he did not see leaving for United as an option.

“I am always very confidential,” he said.

“Maybe one day I will get all the contacts I had during my stay at Arsenal and it will make a few chapters, but you should ask Martin Edwards

When asked why he turned down the opportunity, Wenger pointed to the progress made under him at Arsenal since he had taken charge in 1996.

“Because I love the values of this club,” he explained.

“For me, a club is about values first and as well because I know what has changed. One day it would be a good chat to have with the press to look at the evolution.

“A lot has changed, but when I came here this club was about values that I love in sport and that’s why I’m still in the competition.

“So I will always question myself. Yes, of course Man Utd is attractive, but am I happy here? The answer is yes.”