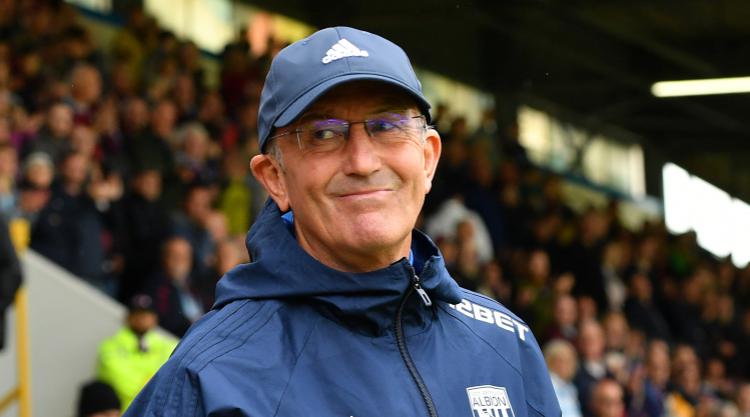 Tony Pulis insists West Brom will learn from previous transfer errors by prioritising quality over quantity in the final days of this window.

The Baggies have won back-to-back games at the start of a Premier League season for the first time in their history, but Pulis’ focus is now on bolstering his squad before September arrives.

Having signed Jay Rodriguez, Ahmed Hegazi and Gareth Barry – all of whom featured in Saturday’s 1-0 win at Burnley – Pulis wants more additions.

However, he has promised not to do so simply to swell his squad and feels Albion must learn from past failings in that regard.

“We have to bring in players that are going to improve us and give us competition; that’s what we need,” Pulis said.

“They have to be better than what we’ve got – that’s the most important thing.

“In years gone by this club have signed a lot of players who have just been signed, I think, for the sake of filling spaces. We can’t do that and we must not do that.

The most recent arrival, Barry, was handed his West Brom debut at Turf Moor to take him to 629 Premier League appearances – three short of Ryan Giggs’ all-time record.

Pulis lauded the 36-year-old’s immediate impact on his team and expects his nous to be a crucial asset.

“The last 20 minutes, when Burnley put us under the cosh, he was absolutely fantastic,” he added.

“When Gerry Taggart was with me at Stoke, the Icelandic chairman (Gunnar Gislason) said to me, ‘That Taggart’s a lucky lad. Every time the ball goes in the box, it seems to hit him on the head’. I said, ‘It’s not luck, it’s experience’. And you’ve seen that from Gareth again.”

Barry helped frustrate a Burnley team who were largely dominant at Turf Moor, both in terms of possession and chances created, although Baggies stopper Ben Foster only had one routine save to make all afternoon.

Clarets boss Sean Dyche believes the manner in which his team played will help alleviate the blow of failing to get up and running at a ground where they claimed all but seven of their points last term.

“There was enough there to definitely to get a minimum of a point and we probably deserved more overall,” he said.

“There’s no guarantee that performances will get you wins. You’ll still take knocks along the way, as we did on Saturday, but the disappointment goes away quickly.

“These are good times for this club and this team and we’ve another good week coming.”