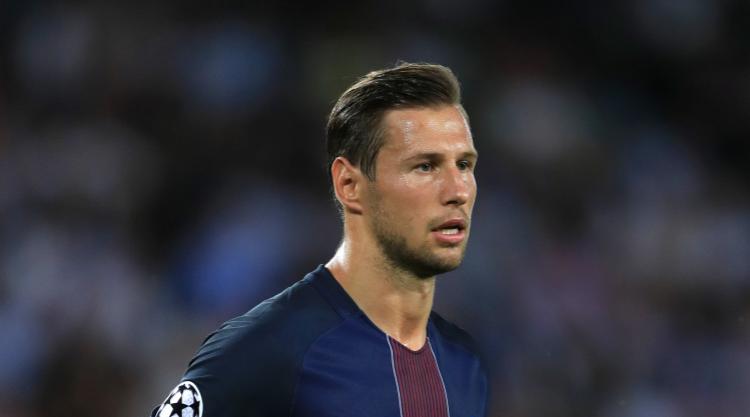 West Brom have agreed a deal to sign Grzegorz Krychowiak on a season-long loan from Paris St Germain.

Krychowiak will join the Baggies subject to international clearance and become the club’s seventh signing of the summer.

He follows Kieran Gibbs, whose permanent transfer was announced earlier on Wednesday, to the Hawthorns as well as Oliver Burke, Gareth Barry, Ahmed Hegazi, Jay Rodriguez and Yuning Zhang. Zhang has since moved to Werder Bremen on loan.

The signing of Krychowiak represents something of a coup for West Brom, with the Poland international having won the Europa League twice with Sevilla and helped PSG lift the Coupe de la Ligue and Coupe de France last season.

“I had a lot of offers from Spain and Italy but this is a very ambitious club,” Krychowiak told the club’s official website. “There’s a good atmosphere here.”

West Brom chairman John Williams said: “This is a fantastic loan agreement for Albion and we are very pleased to have completed the transfer.

“Grzegorz arrives with an impressive reputation that is well-earned and a CV in European football which clearly displays his qualities.

“We are delighted to welcome him and are confident he will make a significant contribution to the first-team group this season.”

Krychowiak is in line to make his Premier League debut against Brighton on September 9.