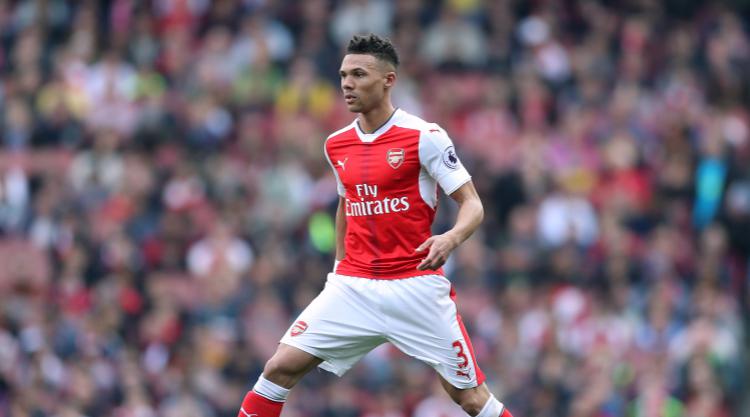 West Brom have announced the signing of Kieran Gibbs from Arsenal for an undisclosed fee.

The 27-year-old has signed a four-year contract to become the Baggies’ latest summer recruit and follow Jay Rodriguez, Ahmed Hegazi, Gareth Barry, Yuning Zhang and Oliver Burke to the club

Gibbs made over 200 appearances for Arsenal, but despite his early potential struggled to retain a regular place in Arsene Wenger’s starting XI and he is expected to be the first of several departures from the Emirates before Thursday’s transfer deadline.

“I watched the boys in the first few games of the season and they’ve got a lot of energy,” Gibbs told West Brom’s official website. “They’ve made some good signings and I feel this is a good move for me.”

“Firstly I would like to say how delighted I am to sign for West Brom,” he added on social media. “It has been an amazing journey to play for my childhood club since I was 14.

“I would like to thank Arsene Wenger for giving me the chance to start my career and fulfil a dream.

“Thank you to all the fans, the Arsenal staff and especially my team-mates who have been there during the special moments and have helped me through some tough times.

“Now it’s time for the next chapter with West Bromwich Albion and I can’t wait to get started with the boys.

“(Tony Pulis is) different to what I’ve had before and I feel he can develop me in certain areas I maybe need to work on. He can help me progress.”

Pulis, whose team have so far won two and drawn one of their opening three games of the Premier League season, said: “We’ve now got a deal which is right for the club and I’m really pleased to add a player of this quality and experience to our group.

“Kieran’s a good age and has made over 200 appearances for Arsenal, represented his country and has Premier League and Champions League experience.

“To add these qualities to our squad is exactly what we’re looking for.”