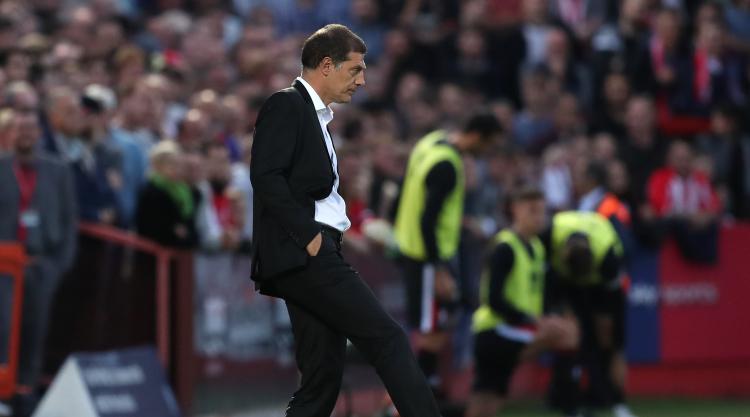 Newcastle boss Benitez has made no secret of his dissatisfaction with the Magpies’ rebuilding work since they won promotion back to the top flight, despite spending an estimated Â£35million on players such as Joselu, Florian Lejeune, Jacob Murphy and Javi Manquillo.

Meanwhile, West Ham have been cast as big spenders after breaking their transfer record to land Â£24million Marko Arnautovic and spending a further Â£16million on Javier Hernandez.

However, the Hammers board have recouped around Â£20million on the sales of the likes of Sofiane Feghouli, Havard Nordtveit, Darren Randolph, Ashley Fletcher and Enner Valencia.

Bilic, who takes West Ham to St James’ Park on Saturday with both sides still searching for their first point of the season, said: “They are not happy with the transfers but they spent more money than we have spent in this transfer window, if we are talking about net money.

“Okay, they maybe needed more to improve because they came up from the Championship.

“It is a big club, they were all buzzing. They won the league and now it was ‘now we are going to rule the world’ or whatever.

“Maybe they tried. I think they tried. What I think happened is they tried but maybe they were unable to get those targets that they wanted. Like we did last year, for example.

“Maybe they were thinking too big and those players, they didn’t want to come. But I don’t feel that they are not an ambitious club, Newcastle, with Rafa Benitez, who basically lifted them up even more.”

Bilic is still hopeful of one more splurge in the transfer market, however, as the club continue to negotiate with Sporting Lisbon for midfielder William Carvalho.

Bilic added: “I feel we need someone to boost our team and quality. That’s why we also offloaded some players to get the budget for him, or for another player in that position.

“They are not easy to get but we are doing our best and hopefully we will do it.”