Hundreds of people have been forced to flee their homes after a huge blaze ripped through a hospital building.

But, where is Weybridge Community Hospital what caused the fire and how has it affected those living nearby?

Where is Weybridge Community Hospital?

Weybridge Community Hospital is based in Weybridge, a town in the Elmbridge district of Surrey.

The three-storey building is situated in a largely residential area close to the town’s main high street and offers children’s and adolescent Services and gastro and liver services. 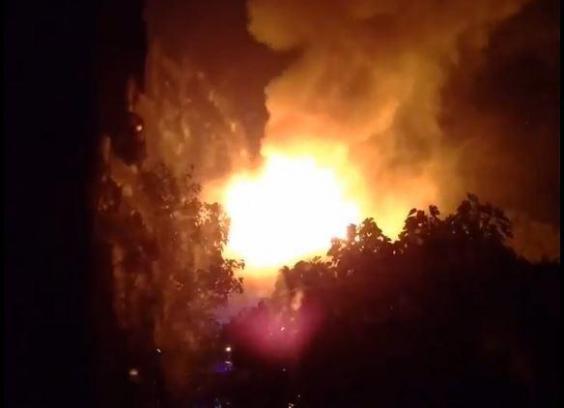 It also holds general surgeries and has a urology department.

Weybridge is about one hour from central London on public transport.

When did the fire happen?

Surrey Fire and Rescue crews descended as flames ripped through the centre at around midnight on Tuesday.

Residents reported hearing a “loud bang” before the roof of the community hospital was engulfed by flames within 15 minutes.

How big was the fire?

Around 50 fire fighters battled the blaze using eight fire engines from across Surrey.

Hundreds of people were evacuated from their homes for safety reasons and are being put up in community halls and churches.

A police cordon was placed around the building and the nearby Weybridge Library has been closed until further notice.

How badly was the building damaged?

All three storeys of the community hospital have been damaged by fire.

One witness told GetSurrey a police officer on the scene said the building was a “write off”.

No one was hurt in the fire, a spokesman for Surrey Fire and Rescue service confirmed.

What caused the blaze?

The cause of the fire is currently unknown but is being investigated by Surrey Police.

Anyone with any information is asked to call 101, quoting incident reference P17174548.