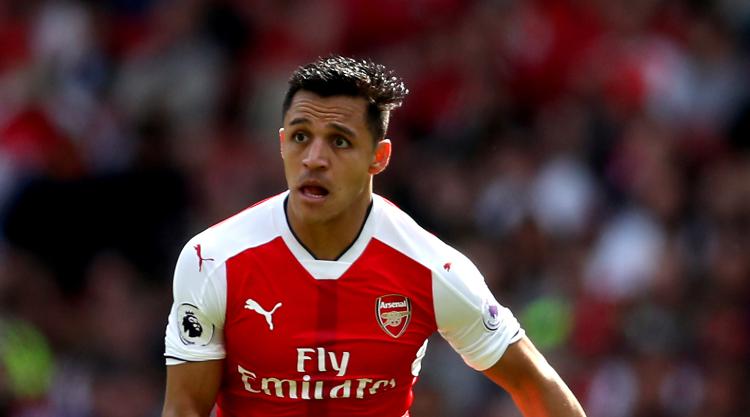 Alexis Sanchez, Diego Costa and Philippe Coutinho will be among those waiting anxiously by their phones on what is set to be a dramatic final day of the Premier League transfer window.

Sanchez’s future has been in doubt for the best part of a year but losing the Chilean so late in the summer, with little chance of finding a replacement, would be a bitter pill to swallow for Arsenal supporters.

Particularly damaging would be to sell to a title rival and while Manchester City is his most likely destination, it is not difficult to imagine Chelsea and Manchester United joining the bidding should Arsenal indicate a willingness to negotiate.

Chelsea’s spending power could be significantly bolstered too if they can find a buyer for the sidelined Costa, whose preferred move to Atletico Madrid has been complicated by the Spanish club’s current transfer ban.

Antonio Conte’s eagerness to shift the troublesome striker out of Stamford Bridge could offer a brave suitor the chance for a bargain or at the very least an attractive short-term loan deal.

Coutinho is also determined to leave for Spain, having had his head turned by Barcelona but, unlike Chelsea, Liverpool insist they have no interest in selling.

Their resolve may be tested by one last Barcelona push, not to mention any personal interventions from Coutinho, who has already lodged an official transfer request.

Most of the top six will also be looking to make some late signings of their own on Friday.

Manchester United’s perfect start to the season means they are perhaps the only side with the luxury of stepping back but Chelsea, City, Tottenham, Arsenal and Liverpool all have work to do.

Conte has admitted to needing reinforcements and it remains to be seen whether Leicester can be persuaded to part with Danny Drinkwater, who has asked to be allowed to join the Blues.

Jamie Vardy and Ross Barkley are also reported Chelsea targets but even if prices could be agreed with the selling clubs, they might have to jostle with Everton and Tottenham respectively.

City’s primary focus is likely to be on Sanchez but they are also leading the chase for West Brom defender Jonny Evans who, along with Virgil van Dijk, could be at the centre of a late transfer scramble.

Van Dijk’s most likely destination is still Liverpool but City, Chelsea and Arsenal have all been credited with an interest in the Dutchman, who has downed tools at Southampton since being denied a switch to Anfield back in June.

If Arsenal do agree to sell Sanchez, they will certainly be in a powerful position financially and Van Dijk could be one part of a Gunners flurry, with Monaco’s Thomas Lemar and Riyad Mahrez of Leicester two other possible recruits.

Tottenham have form for leaving deals to the last minute and it would not be a surprise to see the club launch a bid for Barkley, who has been on their radar for most of this year. Leicester forward Demarai Gray and Liverpool’s Divock Origi are potential alternatives.

Lower down the table, it is often strikers that are most coveted but it would seem several clubs are shorter at the back than up front.

Burnley, Crystal Palace, Bournemouth, Leicester, Watford and West Ham are all hoping to bolster their rearguards, with Everton, Southampton, Swansea and Brighton needing to strengthen options in attack.

It will also be particularly interesting how Newcastle tie up what has been a turbulent transfer window.

Rafa Benitez has expressed his disappointment at the club’s inefficiency and the last day could prove decisive in both his and the team’s prospects this term.