Firefighters were today tackling huge blazes which ripped through 1,400 hectares of forest and woodlands in the south of France and the island of Corsica.

The biggest fire was in the village of La Bastidonne, in the Vaucluse region, where fires, intensified by strong winds, consumed some 600 hectares of forest.

About 100 residences were evacuated in the village of Mirabeau and a dozen horses in a stable were moved to safer ground.

There were also forest fires in the city of Carros near Nice and in Saint-Tropez, authorities said. A prefecture spokesman last night said the fires were not yet under control but weather conditions were improving. 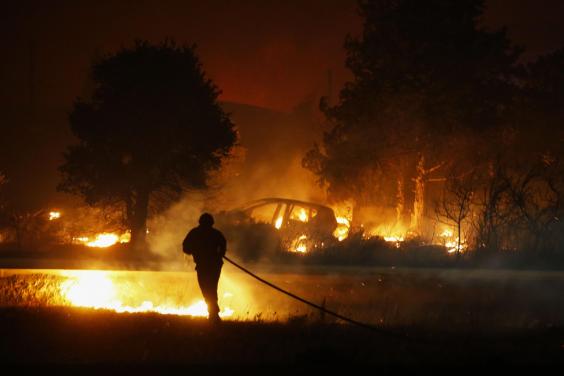 Hundreds of firefighters have been working around the clock in the region , with water-bombing helicopters dousing the flames.

On the island of Corsica, residents were evacuated from homes at the edge of the town of Biguglia, on the north-eastern coast.