The Duke and Duchess of Cambridge, Eddie Redmayne and Bradley Cooper  are among the famous faces at Wimbledon today for the men’s singles final.

The Duchess of Cambridge, who is a patron of the All England Club, took her seat in the Royal Box with her husband the Duke.

They were joined by Prime Minister Theresa May, Mayor of London Sadiq Khan, and some of the biggest names from the world of film, including Hugh Grant and Bradley Cooper.

Well-known figures began to arrive at the SW19 Championships site throughout Sunday. 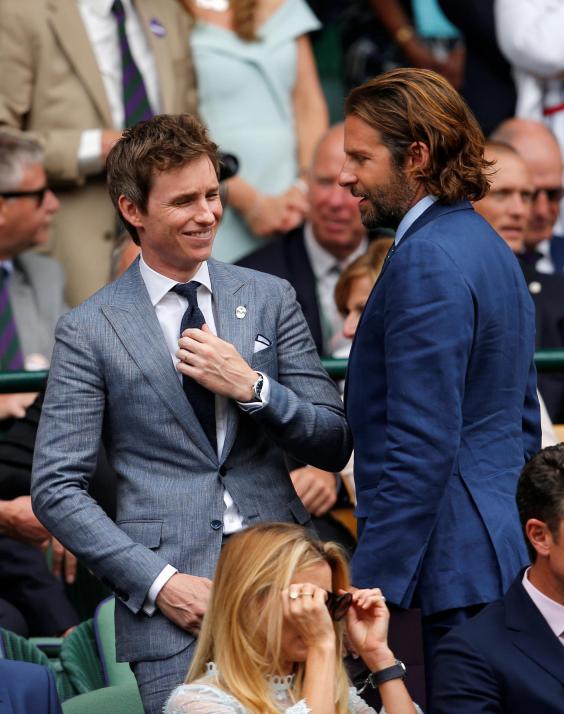 Former Ukip leader Nigel Farage arrived wearing a pale pinstriped suit and said he was backing Federer for the trophy.

“As I’m getting on in years I’ve got to back the veteran,” he said.

Mr Farage added: “I was obviously hoping to see Andy Murray but I thought from the start with that hip it wasn’t going to happen.

“Isn’t the English summer fantastic? Ascot, Wimbledon, Lords – and now I’m not Ukip leader I’ve got time to do it all.” 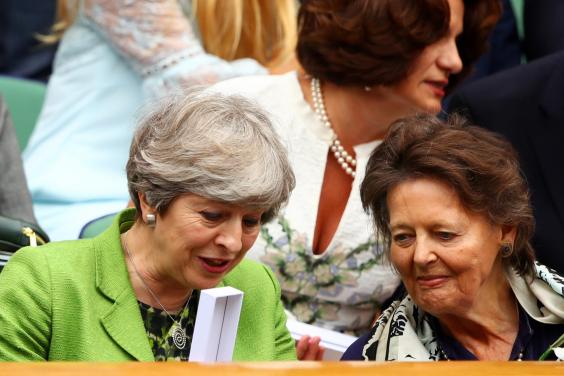 Comedian Michael McIntyre, who turned up with wife Kitty, said: “I’m backing the same player that 99.98 per cent of the people in front of you are backing – outside of people in the immediate Cilic household.

“I’ve got it on good authority that some of the Cilic household are supporting Federer.”

Commons speaker John Bercow did not hide his support for one of the men’s finalists as he entered the members’ enclosure wearing a branded “RF” t-shirt and matching cap.

Mr Bercow, accompanied by wife Sally, said he was “absolutely” certain Federer would win and added he would be backing him “100 per cent and noisily”.