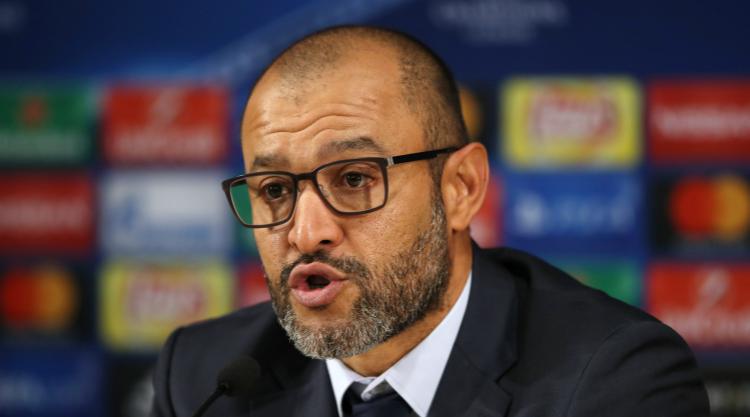 Wolves main director Jeff Shi said: “I first got to know Nuno two years ago, and, at that time, we hadn’t taken over Wolves.

“But when talking to him, I was impressed by his football tactics.

“Since the very beginning of the Wolves project, Fosun has been very clear on our strategic thinking and philosophy, and has huge ambition and confidence to achieve our goals.

“In a sense, we are very glad to find Nuno with a football philosophy that is similar to ours.

“He has an impressive track record in the top divisions in Spain and Portugal, and took Porto to the knockout stages of the Champions League last season.

“We are all looking forward to working with Nuno and his staff, and are excited about what he can achieve with Wolves as we go into the new season and beyond.”

No details have been given over the length of contract but Espirito Santo has been joined by assistant Rui Pedro Silva, goalkeeping coach Rui Barbosa and Antonio Dias as fitness coach.

Espirito Santo left Porto earlier this month halfway through a two-year deal having finished second in the Primeira Liga.

It was Porto’s fourth straight season without silverware and they were also knocked out of the Champions League in the second round by Juventus.

Espirito Santo also managed Valencia between 2014 and 2015, finishing fourth in LaLiga in his only full season in charge.

He joins with a bloated squad which Lambert was preparing to overhaul following last summer’s poor business with only Helder Costa, who scored 12 times, being a success.

Lambert only joined the club in November, replacing Walter Zenga, and guided Wolves to 15th in the Sky Bet Championship.

But he disagreed with the club’s transfer policy with super agent Jorge Mendes, an associate of Fosun, having a large say in the deals.

Fosun had previously sacked Kenny Jackett days after buying the club last July while they also dismissed Zenga in October.