Donald Trump has been accused of sexism over “creepy” remarks praising the figure of French President Emmanuel Macron’s wife Brigitte.

​The US President told the 64-year-old during his first state visit to France: “You’re in such good shape”.

A clip of the comments, after which he turns to Emmanuel Macron, and reiterates “she’s in such good physical shape”, were posted on the French government’s Facebook page on Thursday, the Guardian reported.

He then appeared to turn back to Mrs Macron and say: “Beautiful”.

The exchange sparked backlash on social media with many branding the remarks “creepy” and “sexist”. 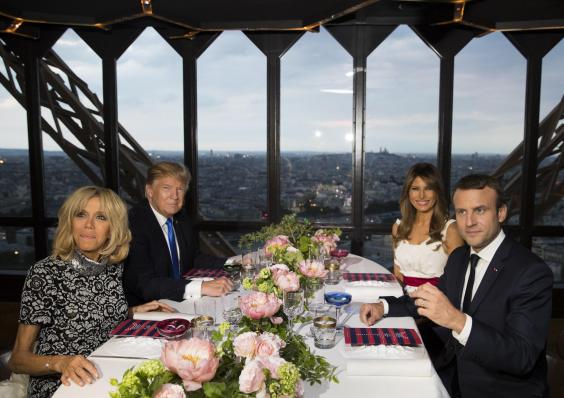 Chris Lines wrote on Twitter: “Trump doesn’t even begin to understand why his “good shape” remark to Brigitte Macron was grossly inappropriate and offensive.”

Melinda Mosheim called the comments “rude and creepy” while Alex Berg wrote: “The comment is like catcalling — never about beauty, it’s about power. It’s a reminder that #Trump and men have power over our bodies.”

The White House declined to comment on the statement, according to the Guardian.