Two YouTubers who jumped off a train at a station in east London have been condemned by British Transport Police.

Rikke Brewer leapt from the top of a Docklands Light Railway carriage after leaving Heron Quays in Canary Wharf.

The video shows Rikke and a friend climbing on top of the driverless train before jumping into a dock in front of diners at a Café Rouge restaurant.

In a statement sent to Newsbeat, Superintendent Chris Casey said: “We completely condemn the dangerous actions of these two boys. They risked their lives and the lives of others for the sake of a YouTube video.

“Our officers have experienced first-hand the devastation that families are left with when a loved one is killed or seriously injured on the railway.

“Behaviour such as this is not worth the risk. 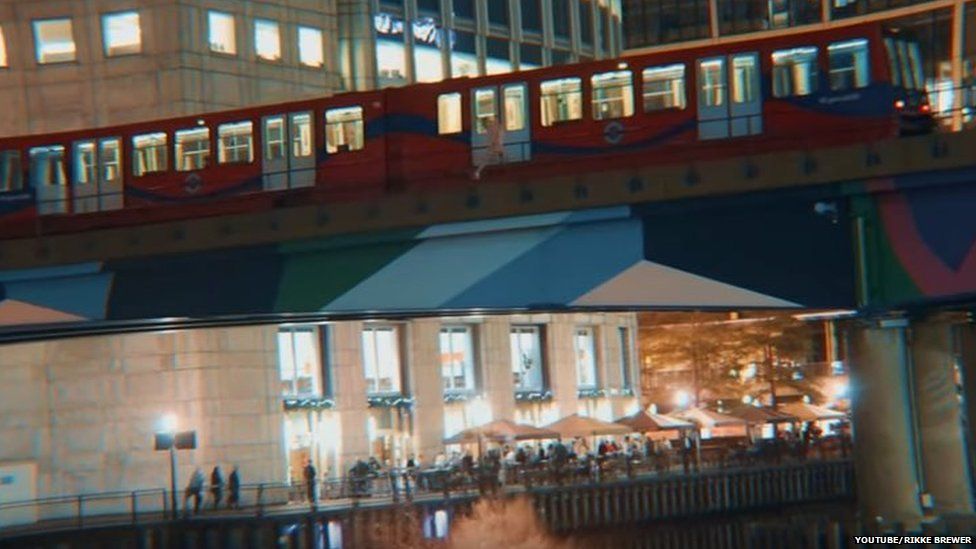 “We are currently in the process of making enquiries regarding this video and the illegal actions of the two people who so-called ‘train surfed’ on top of the DLR train. 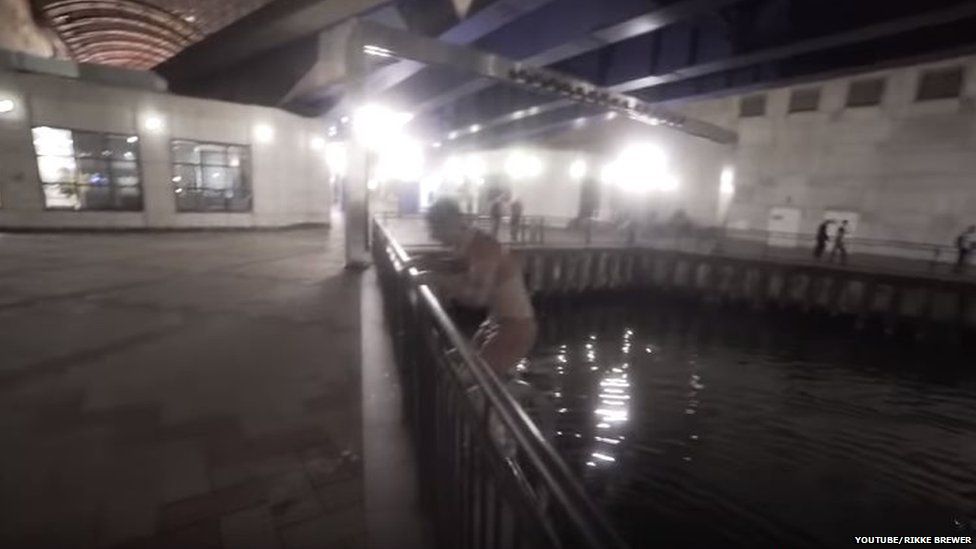 British Transport Police officers are shown chasing the pair afterwards, who escape into a nearby shopping centre after pulling themselves out of the water.

The person filming the stunt can be heard telling Rikke to hurry up and run.

An hour later they’re shown back inside a train carriage. 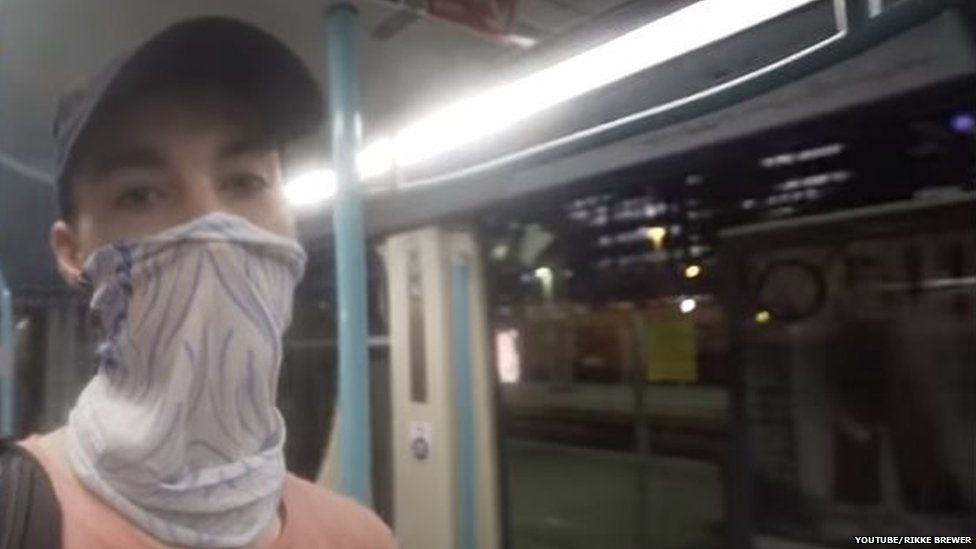 “OK guys,” he says. “I hope you enjoyed that. I would not advise anyone else to copy what we do. Stay safe out there guys.

“That was insane. Hope you guys loved it. Peace out.”